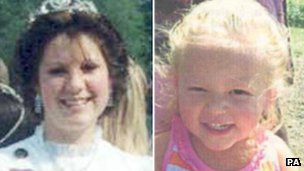 Essex Police took “inadequate action” to arrest a man who went on to murder his ex-partner and daughter, the police watchdog has found.

Oakes, of Steeple, near Maldon, was convicted at Chelmsford Crown Court and sentenced to a whole-life term.

The Independent Police Complaints Commission found “failings” in the force’s contact with the family.

It emerged during Oakes’ trial that police had attended either his or Miss Chambers’ address at least six times in the two years leading up to the murders.

The family of Miss Chambers, responding to the IPCC’s findings, said they felt more could have been done by police.

Publishing its report into the case, the IPCC said: “There was a failure by police to recognise any pattern or connection between the events being reported, and, in particular, there was a failure to identify or act upon the evident escalation in the number of Ms Chambers’ calls to the police during the two months prior to the murders – at a time when officers had been told her relationship with David Oakes had ended. 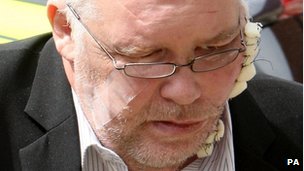 David Oakes turned the gun on himself after the double murder

“There was little focus by police on Mr Oakes himself and inadequate action taken to arrest him at the earliest opportunity, when reports were made of him breaching a non-molestation order.

“Despite consistent warnings to Essex Police, specialist domestic abuse investigation teams were poorly resourced, and there remained a substantial backlog in inputting domestic violence forms on the force intelligence system.”

Ken Chambers, Miss Chambers’ father, said: “While we understand at times Christine could have been more co-operative with the police, we do feel that Essex Police could have done more to prevent the death.”

He added: “They should have taken greater steps to protect Christine. For instance we are still of the view she should have had a panic alarm installed at her home which may have allowed her to summon assistance at a crucial time after her phones had been smashed.

“And we think that officers dealing with ongoing incidents should have been more aware of the history and should have better identified the risks.”

He also said the family had received “marvellous support” from the murder investigation team and others in the police since the deaths.