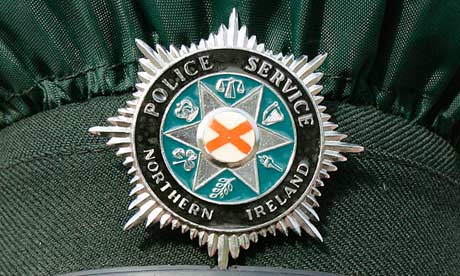 Police were monitoring disorder that broke out following a republican flute band parade.

Water cannon was deployed after the officers were attacked with fireworks, petrol bombs and masonry.

Police have arrested a 17-year-old male on suspicion of riotous behaviour.

Loyalists and republicans attacked police in the Carlisle Circus and Antrim Road areas during significant but localised violence linked to a republican parade.

Police Service of Northern Ireland (PSNI) Chief Supt George Clarke said: “I am both angry and sad that my officers have been subjected to such significant attack.

“They showed tremendous courage in the face of enduring violence.”

At lunchtime yesterday a large crowd congregated between the Belfast Orange Hall and Carlisle Circus. A lawful parade had been organised but police had received no notification of a protest.

When police arrived on the scene some people within the crowd had masked their faces and police observed masonry being broken up by a number of individuals.

Police talked to community representatives with the aim of reducing tension and facilitating the lawful parade.

To allow the parade to pass along its notified route, police moved the crowd back towards Carlisle Circus. Bricks and other missiles were exchanged between parade supporters and protesters as the procession passed through the area, but the most sustained violence was directed at police lines. As the parade dispersed youths also began attacking police in the Antrim Road area.

Trouble continued throughout the night, until the area was reported calm at around 2am.

Chief Supt Clarke said people would be held to account for their actions.

“I am urging all individuals and communities affected by recent events to take a step back. Violence has serious and unwanted consequences for us all,” he said.

“We must work harder at finding solutions through talking and accommodation.

“We cannot continue to see the lives of our community and our police officers put at such risk.”

He added: “Every hour of disorder in Northern Ireland not only puts lives at risk, it also reduces confidence in our community and wastes huge amounts of money that could be better spent on schools and hospitals.

“Violence cannot be a solution.”