Richard Horton, author of police blog, sued after reporter unlawfully accessed his email while trying to reveal his identity 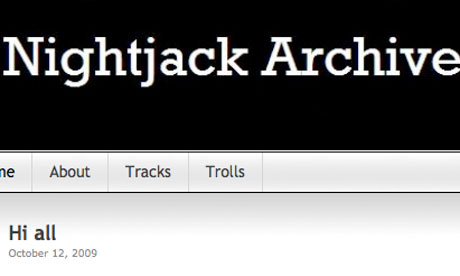 Richard Horton, author of the NightJack blog, has received a Â£42,500 payout from the publisher of the Times.

The Lancashire detective exposed by the Times as the author of the NightJack police blog has received a Â£42,500 damages payout from the publisher of the newspaper.

Richard Horton sued the Times after it emerged that a reporter on the paper unlawfully accessed his email account in a bid to reveal his identity in 2009.

Horton claimed aggravated and exemplary damages from Times Newspapers for breach of confidence, misuse of private information and deceit.

Horton said in a statement toÂ the New Statesman: “I am happy to have settled with the Times and I can now put that incident behind me and get on with my life”.

Times Newspapers will pay Horton Â£42,500 plus his legal costs. The publisher will read a statement in open court later in October.

The Â£42,500 damages payout is believed to be high compared to standard payouts for breach of confidence and misuse of private information.

There is also an ongoing criminal investigation into the matter. A journalist has been arrested on suspicion of offences under the Computer Misuse Act and suspicion of conspiracy to pervert the course of justice.

The civil claim for breach of confidence and misuse of private information relates directly to the alleged breach of Horton’s email account; the claim for deceit means damage caused by dishonesty and is understood to relate to a witness statement submitted to court by the Times.

The email hacking only came to light in January when Simon Toms, the interim director of legal affairs at News International, the parent company of Times Newspapers, referred in hisÂ Leveson inquiry witness statement to the incident.

The Times had not returned a request for comment.