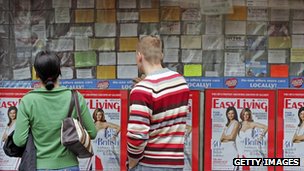 Fewer than half the people of London are white British, the 2011 census shows.

The capital also had both the largest proportion of residents born outside the UK (37%) and non-UK nationals (24%.)

A spokesman from the Migrants’ Rights Network said there had been an influx of migrants in the past 10 years.

In London 3.7 million out of 8.2 million usual residents are white British, the figures show.

The census shows London is the most ethnically diverse area in England and Wales.

There are 175,974 white Irish; 8,196 white Gypsies or Irish travellers, and one million “white other”, according to the figures.

The Migrants’ Rights Network spokesman said there would be a “a lot of different explanations” about who the migrants were and their reasons for being in London.

“A lot will have arisen from new European Union (EU) members in part after 2004 when countries from Eastern and Central Europe joined,” he said.

“But it will also reflect the fact that London is an international, cosmopolitan city,” the Migrants’ Rights Network spokesman said.

“Many industries such as banking will be attracting global talent and that will be reflected in the numbers we are seeing,” he added.

Agnieszka CiepÅ‚ucha, 29, moved to London from PoznaÅ„, Poland in 2008, with her Brazilian husband.

“It was the only option for us between Brazil and Poland and we both spoke English,” she said.

She works at the Polish Cultural Institute in central London.

She said that after 2004 it was easier for Poles to find hospitality work in the “enormous” sector in London than it was at home.

She said: “There was less pay in Poland and fewer jobs.”

She plans to stay about another five years, she said.

It also had the highest percentage of residents who did not state a religion – 8% (693,000) did not answer.