Scotland’s new single police force will have debts totalling more than Â£100m, it has been warned. 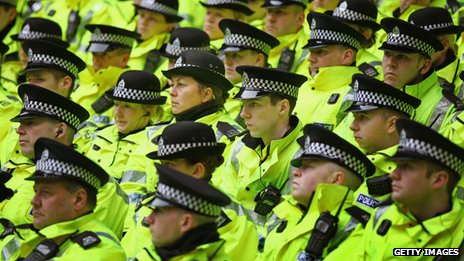 The Scottish Conservatives have raised concerns about the scale of the debt after obtaining figures in a parliamentary written answer.

The country’s eight police forces will be merged into a single Scottish service at the start of April 2013.

A Scottish government spokesman said Police Scotland would be given funds to service the debt.

The Conservatives accused the government of failing to keep tabs on the debts, with annual repayments costing just under Â£6m.

John Lamont MSP, who requested the figures, said: “Beginning life lumbered with debts of more than Â£100m is far from an ideal situation. The Scottish government has had years to sort this out, but because of its negligence on this matter, Scotland’s police force will have to shell out millions every year simply servicing this deficit. These figures are alarming and clearly the SNP failed to keep tabs on this. People will look at the Â£6m being spent servicing this debt and wonder just how much safer their streets would be if that were not the case.”

The figures do not include Dumfries and Galloway or Fife constabularies, meaning the figure will be higher than stated in the 2010-11 statistics.

In fairness, it ought to be remembered that the Conservatives are a spent force in Scotland, having suffered a permanent and disastrous slump in popularity in the last decade. In the last three General Elections, i.e. since 2001, there has been only one (yes, ONE!) Conservative MP at Westminster from Scotland. The Conservatives haven’t fared much better in the Scottish Government either, having only 16 out of 129 Parliamentary seats, and if that sounds a lot, they only actually won 4 seats… the other 12 seats were awarded on the basis of a quota, determined by proportional representation. In fact, many people don’t realise that this PR system (known as the “Additional Member System”), originally brought in to stop “minority” parties like the Scottish National Party from having a majority in the Scottish Government, was actually the reason why the SNP took power!