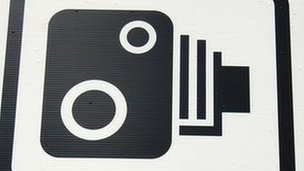 A speed camera has been set on fire on the main east coast road linking Scotland and England.

The incident happened shortly before midnight on Saturday on the A1 near to Dunglass roundabout at Cockburnspath in Berwickshire.

The cost of repairing the damage has been estimated to be in the region of Â£20,000.

It brings the number of cameras set alight in the Borders region alone to at least 20 since 2004.

In December last year the camera housing was stolen from a device on the A68 near St Boswells.

In October vandals used a saw to damage speed cameras on the A68 near Earlston and Oxton.

Lothian and Borders Police have appealed for anyone with information about the latest attack to contact them or Crimestoppers.

A spokesman said that safety cameras were located at places where there was a history of collisions and speeding.

He said removing the safety cameras from their locations put all motorists at a greater danger.

Scottish Borders Council’s executive member for community safety, Councillor Donald Moffat, said: “If a camera has been installed at a specific location, it is there for a very good reason – to prevent accidents and deter motorists from speeding.”