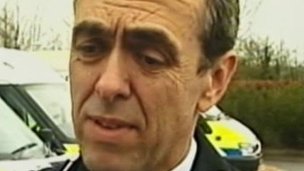 Shaun Sawyer, the acting Chief Constable of the force is one of four undergoing the test day

The acting Chief Constable of Devon and Cornwall Police faces competition from three others in a “test day” to become the permanent leader of the force.

Rob Beckley, Simon Chesterman, Craig Denholm and the current acting chief constable, Shaun Sawyer, are on the shortlist for the job.

The candidates will be interviewed and must make a 15-minute presentation which they have 45 minutes to prepare.

An announcement on who has got the job is expected on Wednesday.

The four candidates are: