‘At least you don’t work for HMV’: Police chief tells officers facing wage cuts to count their blessings as they still have jobs 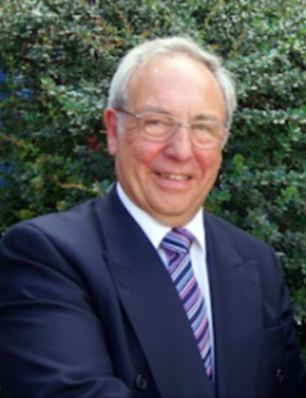 Challenging: Police and Crime Commissioner for Cheshire John Dwyer, (right), said that officers were lucky they were ‘not working for HMV’

A police chief has angered officers facing wage cuts by telling them they were fortunate ‘not to work for HMV’.

John Dwyer was attempting to defend plans to slash starting salaries for constables by Â£4,000 when he made the quip about the administration-hit music retailer.

Mr Dwyer, the Police and Crime Commissioner for Cheshire, and a former Assistant Chief Constable, had been asked if the planned wage cuts meant that officers were being undervalued.

‘Every day you face new challenges and I think that’s the attraction to the job and it’s why I don’t think a reduction in pay will actually reduce the number of applications,’ he told BBC Radio Merseyside.

‘We’ve got to understand we’re in very tight times and at least we’re not working for HMV, are we?

‘Our officers still have a job.’

The Police Federation has already said that the proposed cuts will fail to reflect the dangers of policing roles because a new recruit will receive a salary of Â£19,000, which is less than a trainee manager at fast food chain McDonald’s.

Mr Stockton labelled Mr Dwyer’s comments as “outrageous” and said that the 62-year-old should have thought about how his comments would have been received by any police officers who had been listening.

“This will only serve to further undermine the morale of an already stretched service,” Mr Stockton told the Daily Star newspaper.

Struggling high street stalwart HMV announced on Monday that it was calling in administrators Deloitte after a dismal Christmas sales period, contributed to the chain’s debts of more than Â£250 million.

Around 4,350 staff at HMV’s stores in the UK and in Ireland face losing their jobs.