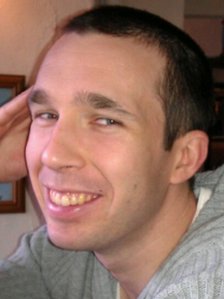 PC Francis was assaulted minutes after getting out of a taxi

An off-duty police officer has died after being assaulted in Greater Manchester.

PC Gareth Francis, 28, was walking home from a night out with friends on Castle Street, Edgeley, Stockport, at 01:20 GMT, when he was attacked, police said.

He was taken to Stepping Hill Hospital with a head injury and died later.

Two men, aged 20 and 21, from Stockport, have been been arrested on suspicion of his murder and remain in custody for questioning.

A post-mortem examination will take place later to establish the cause of death. Police have appealed for witnesses.

Detectives said he was dropped off by a taxi in Edgeley after a night out with friends in Manchester city centre and assaulted minutes later.

He added: “Gareth was a dedicated police officer with six years’ experience and he will be greatly missed by his colleagues.

“However, the loss will be even greater for Gareth’s family and I would like to reassure them that we have a team of detectives working round-the-clock now to establish exactly what happened this morning.

“Gareth’s colleagues on the South Manchester Division have been dealt a terrible blow by today’s news and and welfare is being provided to any members of staff affected by this tragedy.”