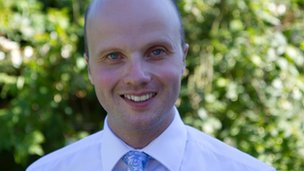 The police panel for Northamptonshire has backed the commissioner’s first budget which freezes its share of the council tax and establishes the British mainland’s first reservist force.

The police and crime panel oversees the work of the new Police and Crime Commissioner Adam Simmonds.

Mr Simmonds’ idea is for an on-call force based on the Territorial Army.

The budget involves no cuts to police numbers and also funds the creation of four senior assistants, a move which has been criticised in some quarters.

Mr Simmonds said: “Although I am freezing the local precept, the new budget will mean there will be more police officers in Northamptonshire.

“In addition there will be new investment to increase numbers of police cadets across the county, to expand numbers of special constables and launch a police reserve of up to 200 people on call.

“All of this will add to visible policing, something we know local people want to see.”

The panel also discussed the issue of street lighting.

Northamptonshire County Council is one of a number of authorities around the country which has cut back on street lighting.

Labour panel member and Corby councillor Mary Butcher said that if the commissioner was serious about safety he needed to consider the issue of street lighting.

She said there was still a “really bad perception that people can’t leave their homes because it’s so dark, they can’t do anything”.