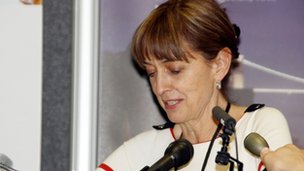 The Avon and Somerset police budget for the next year has been rejected by the police and crime panel.

But the budget was rejected, as many panel members want to increase the police share of council tax revenues for 2013-14.

The police precept has been frozen for the past two years running.

It is not yet clear whether the rejection will force a rethink on the budget.

The draft budget had proposed to spend the following amount:

In order for the police to have a balanced budget for 2013-14, a further Â£7m of savings must be made.

However, projections for the long term have shown the force could be in deficit by up to Â£35m by 2016.

Avon and Somerset police’s Police and Crime Plan is set to be published at the end of March.

The public consultation is set to end on 22 February.