Theresa May to expand IPCC in crackdown on police corruption 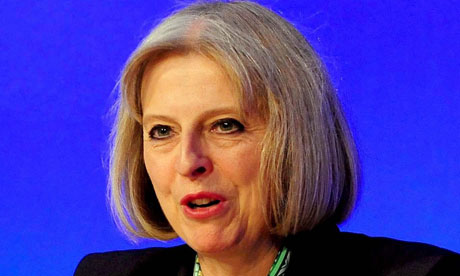 Theresa May said public trust was being undermined by the minority of police officers who behaved corruptly.

The Independent Police Complaints Commission is to be given the capacity to investigate all serious complaints against the police as part of a new drive against corruption, the home secretary has announced.

Theresa May told MPs she would draw on the existing resources of professional standards departments of individual police forces to provide the increased capacity for the IPCC.

She said it was unacceptable that the IPCC had the capacity to investigate only 130 of the 2,100 “serious and sensitive” cases referred to it last year, with the rest returned to individual police forces to investigate.

“But over the same period nearly a third of all internally investigated complaints against the police were found to have been mishandled at appeal,” the home secretary said. She added that the individual police standards units would retain a residual role to be defined in further talks.

The Met commissioner, Sir Bernard Hogan-Howe, initially indicated that the transfer of resources might be resisted with “great vigour”.

The IPCC is already being given new powers to compel officers to attend interviews and will soon have the power to investigate private companies working on behalf of the police.

The transfer of resources from internal police standards units to the IPCC forms a crucial part of a new package of measures to boost police integrity. They include a national register of chief officers’ pay and perks, and a second register of all police officers’ gifts and hospitality, second jobs and their contact with the media.

A new national register of officers struck off from the police will be published and in future disciplinary hearings against officers who retire or resign will be pursued until their conclusion, which may include being added to the struck-off list.

The new College of Policing will publish a code of ethics to be distributed to every officer, and there will be regular testing of professional standards throughout an officer’s career.

May said the measures were needed because public trust was being undermined by the minority of police officers who behaved corruptly or inappropriately. She said that although the Leveson inquiry had concluded there was not endemic corruption in the police, it was vital that public confidence was not damaged when individual cases of corruption did occur.

She cited the “shocking” Hillsborough report, the Ian Tomlinson case, the ongoing investigations into several chief officers, and the Guardian’s disclosures of the practices employed by undercover officers as examples of the need to strengthen standards of police integrity.

The shadow home secretary, Yvette Cooper, said many of the proposals were sensible but the reform was not radical enough. “She should look again at replacing the IPCC altogether with a new police standards authority. And she should set a new and coherent framework of standards and accountability for the police,” Cooper said.

Dame Anne Owers, the IPCC chair, welcomed the package, particularly the move to strengthen the watchdog’s ability to investigate more serious and sensitive allegations within the police service. “We will be discussing these proposals with the government as they are developed. The IPCC plays a vital role in securing public confidence in the police complaints system and the integrity of the police service,” she said.

Theresa May to expand IPCC in crackdown on police corruption