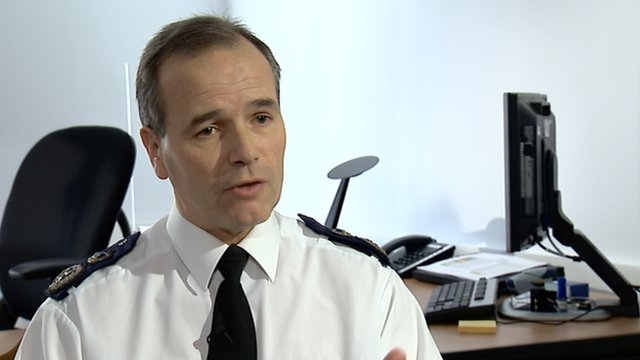 The boss of Scotland’s new single police force has told BBC Scotland he and his staff are “very prepared” for its launch at the beginning of April.

He said launch day on 1 April would be momentous for policing in Scotland.

The Scottish government is merging the country’s eight regional forces with the aim of cutting costs without hitting frontline services.

In an interview for the BBC Sunday Politics Scotland programme, Mr House said: “We are prepared, it’s not near, we are prepared to go live and indeed much of what Police Scotland is all about is already up and running.”

He explained that a non-emergency number was made live a few weeks ago and was running well. There was also a special crime division in operation, Mr House added.

The former Strathclyde Police chief constable explained that although 1 April would be “momentous” for policing in Scotland, “not everything would start on that day”.

He insisted that the public would not have to cope with big changes.

“There will be an absence of individual police force logos, but apart from that they will see police officers patrolling in the communityâ€

Mr House said: “An ordinary member of the public going about their business on day one, day two, we expect, or hope, they will see nothing much has changed here.

“We have specialist officers available across the country because we will be a national outfit as opposed to a lot of smaller organisations.”

When the new force comes into being, about 17,400 police officers and 6,000 civilian staff will be transferred over.

It has been speculated that many hundreds of non-uniform employees could go as administrative duties are merged.

The Scottish government’s policy of no compulsory redundancies has been accepted by both Police Scotland and the Scottish Police Authority (SPA), which holds the police force to account.

Attempts will be made to reduce the civilian workforce through voluntary redundancies and natural wastage. Efforts are also being made to try to reduce non-staffing costs.

Issues surrounding who should have day-to-day control of human resources and finance functions in the new single force have yet to be fully settled.

The new SPA, which was set up to hold the chief constable to account for the policing of Scotland, believed it should have control over administrative roles.

Mr House said it was inevitable that given the change to the service different bodies would interpret their roles differently.

He added: “We are working very positively with the police authority and with their officers and I see that we are developing into a situation where we understand each other’s roles.”

And: Stirling ‘To Be Police Scotland Hub’

Plus: Will he never visit England again…

‘THE head of the soon-to-be-launched national force says for his bumper Â£208,000 pay packet he’ll never take a foreign holiday and is available round-the-clock.’