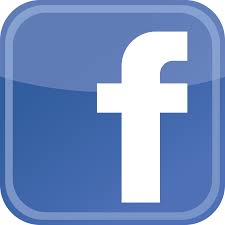 Police forces should hire social media experts who will act as Twitter and Facebook â€˜snoopersâ€™ to collect intelligence, according to think-tank Demos.

In their report, Policing in the Information Age, published today, the think-tank advocate a senior officer be responsible to lead on criminal intelligence in social media with a dedicated central national â€˜hubâ€™.

Demosâ€™s Centre for Analysis of Social Media (CASM) suggest that forces need to use social networks more effectively and help police respond to situations like the riots in 2011 where Twitter and Facebook mapped some of the violence.

Jamie Bartlett, Director of CASM at Demos, and co-author of the report said: â€œSocial media has transformed the way we communicate and opened up new opportunities for the police to fight crime and protect the public. While forces have started using social media to communicate with the public, the riots exposed a real blind spot when it comes to the policeâ€™s ability to monitor rapidly changing situations using it.â€

Steve White, vice-chair of the Police Federation, says the advent and growth of digital social media clearly demonstrates that forces need to adapt to meet the challenges of policing in the 21st century.

He added: â€œThe issue of the collection of intelligence from whatever source should be the responsibility of force intelligence units. These officers should have the skills and training necessary to undertake this task whilst complying with nationally recognised standards. It is imperative that intelligence is handled in a consistent way so that it can be used effectively.â€

The report suggests a legal framework setting out how and why police can access social media for intelligence. Social media â€˜chiefsâ€™ to coordinate online communication, ensuring staffing to cover accounts 24/7.

Demos argue that a single senior head of social media in forces could facilitate â€˜e-neighbourhood watchâ€™ schemes that allow the public to share information and alert the police of suspicious activity.

Mr Bartlett says: â€œEstablishing one central command for monitoring social media intelligence and encouraging local constabularies use social media to work with law-abiding members of the community would go a long way to ensure officers are better equipped to meet the challenges of 21st century policing.

â€œHowever, just because something is on social media does not make it a free for all. A clear framework to make sure the way the police use social media is proportionate, accountable, and recognises the right to privacy, is essential if this potential is to be realised.â€