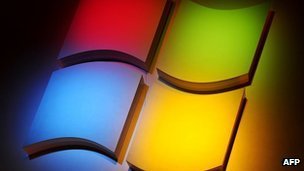 Global sales of PCs fell 14% in the first three months of the year, the biggest fall since research firm IDC started tracking the industry in 1994.

IDC said 76.3 million units were shipped, a figure that underlines the appeal of tablets and smartphones as alternatives to PCs.

The firm said Microsoft’s latest version of Windows had failed to revitalise the industry.

Recession had also led companies to put back renewal of their PCs, IDC said.

The firm’s vice president, Bob O’Donnell, said: “Unfortunately, it seems clear that the Windows 8 launch not only didn’t provide a positive boost to the PC market, but appears to have slowed the market.”

Windows 8 is designed to work well with touch-sensitive screens, but the displays add to the cost of a PC. Together, the changes and higher prices “have made PCs a less attractive alternative to dedicated tablets and other competitive devices,” Mr O’Donnell said.

IDC also said that, traditionally, companies replaced PCs every three years, but that during the economic downturn this was more likely to be every five years.

Hewlett-Packard, the world’s largest maker of PCs, saw a 24% fall in shipments in the first quarter compared with the same period a year ago.

China’s Lenovo Group, number two in the market, is benefiting from sales to first-time buyers in China and other developing countries. Its sales held steady, IDC said.