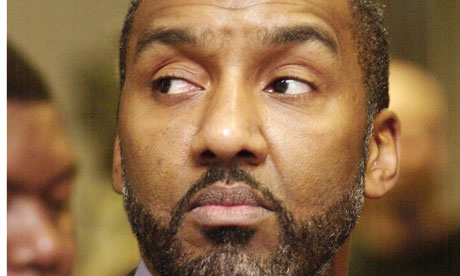 The Metropolitan police must tackle the continuing disproportions in the treatment of minority Londoners, says Superintendent Leroy Logan.

Scotland Yard’s black and Asian police officers have made a dramatic intervention on the eve of the 20th anniversary of Stephen Lawrence’s death by declaring that the Met is still institutionally racist.

The Metropolitan Black Police Association (BPA), the biggest group representing minority officers in the force, says despite the training and community initiatives put in place over the past two decades, Scotland Yard has failed to tackle the mindset at the heart of failures over Lawrence.

The declaration will dismay senior officers who have fought hard to fight off the institutionally racist label. Before his fall at the height of the phone hacking controversy, the previous commissioner, Sir Paul Stephenson, declared in 2009 that after much hard work the force was no longer institutionally racist.

“The association still believe that the police service is institutionally racist,” said the BPA statement. Its chairman, Bevan Powell, added: “Institutional racism is not about labelling individuals racists but rather police practice and procedures that bring about disproportionate outcomes for black and minority ethnic communities and police personnel.”

He said close examination of key statistics relating to the race and policing bears that out. “An examination of section 95 data (Criminal Justice Act) provides the supporting empirical evidence to support my assertion.” 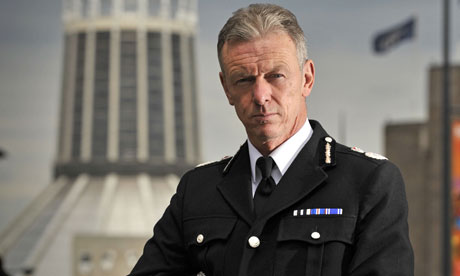 The harsh judgement will dismay the current commissioner, Bernard Hogan-Howe. Last week, asked on ITV Tonight if his force was institutionally racist, he said: “I hope not. I don’t think it’s for me to judge. It seems to me that the judgment of the public is the strongest judgment. If they think we are, then we are.

“I think there is lots of evidence to say it isn’t true and that we’re actually doing a pretty good job and we are improving all the time.”

The BPA, which has 500 members in London, says the Met has failed to recruit enough minorities to reflect the capital’s population. “The 2011 census indicated that over 40% of Londoners were from BME backgrounds, whilst only 10% of MPS police officers were from BME communities.

“These officers disproportionately hug the lower ranks, face significantly slower rates of career progression and are over-represented in disciplinary actions, in comparison to their white counterparts. This current position is unsustainable, as it severely impacts on police legitimacy and more importantly erodes trust and confidence in BME communities.”

Superintendent Leroy Logan, chair of the Met BPA charitable trust, said before the force could consider itself free of institutional racism, it must tackle the continuing disproportions in the treatment of minority Londoners.

“The real litmus test is still the vexed issue of stop and search and its disproportionality in black and minority ethnic (BME) communities, because so many people perceive that the police are involved in racial profiling?”

He acknowledged that Hogan-Howe, had tried to address the issues of racism within police culture, but said the problem was structural. “The association looks back with a certain amount of disappointment and concern at the lack of long-term commitment, leadership and desire to bring about radical change to significantly deal with institutional racism at the time of Stephen’s death.”

The issue of institutional racism has been a continually difficult one for Scotland Yard’s top tier. At the Macpherson inquiry, Lord Condon, then Met commissioner, was visibly discomforted when Richard Stone, one of Macpherson’s advisers, repeatedly pressured him to accept that his force was institutionally racist. Stephenson refused to do so, saying the tag would unfairly brand individual officers.

In the years since, the Met has increased minority recruitment from 2.3% of the force in 1993 to 10.4%. But the minority population of the capital is more than 40%. 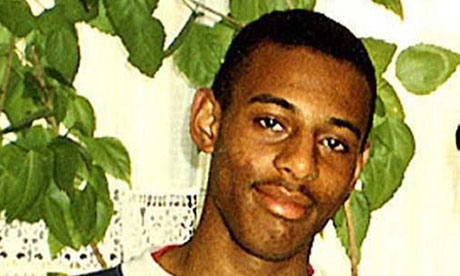 Black and Asian officers say race relations within the Met have continued to falter since Lord Macpherson’s inquiry into the death of Stephen Lawrence.

In January, the commissioner ordered a radical review of stop-and-search policing in London as figures suggest black youths are up to six times more likely to be stopped than white youths.

In operations authorising localised stops under section 60 of the 1994 Public Order Act, minorities are said to be 28 times more likely to be stopped.

Responding on BBC Newsnight last week to criticisms of the force’s record, the Met assistant commissioner Simon Byrne said the force was working successfully to address those disproportions but admitted there was a long way to go.

He said: “The experience of Stephen’s family has had a profound impact on policing in the UK. It has transformed the way we deal with murder, our family liaison and the investigation of hate crime.

“The Metropolitan police is a very different organisation to the one it was at the time of Stephen’s death but we know there is more work to be done to improve our service to Londoners from a black and minority ethnic background. The commissioner recently said he was an ‘implacable enemy of racism’ and the Met is committed to challenging and driving out any racism in its ranks.”