Ex-police officer pleads guilty to selling information to the Sun 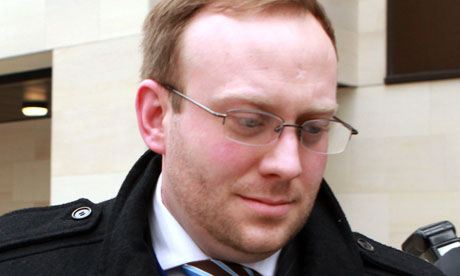 A former Sussex police officer has pleaded guilty at the Old Bailey to selling information to the Sun.

James Bowes, 30, of Steyning, on Friday morning admitted passing on material to the paper between 9 April and 20 July 2010 “without reasonable excuse or justification”.

He was charged with wilful misconduct to such a degree as to amount to an abuse of the public’s trust in his office.

Bowes, who is no longer with the Sussex force, worked as a sergeant in Brighton and Hove. He will be sentenced on 9 May.

He is the fourth police officer to be convicted of passing information to a newspaper.

All were convicted as a result of charges arising out of the Metropolitan police’s Operation Elveden investigation into alleged illegal payments by journalists to public officials.

His admission to misconduct comes weeks after two other police officers and a prison officer were jailed for selling information to the tabloid and to the now defunct News of the World.

A second ex-officer, who cannot be named for legal reasons, was sentenced to two years after pleading guilty to misconduct in a public office.

Another police officer, April Casburn, who worked in counterterrorism in Scotland Yard, was convicted of passing on information to the News of the World.

Ex-police officer pleads guilty to selling information to the Sun