Crime commissioners are packing their office with taxpayer-funded cronies on pay of up to Â£70,000

Elected police commissioners have sparked a cronyism row by packing their offices with taxpayer-funded political appointees.

A string of them have appointed former campaign aides, party colleagues and local councillors to highly-paid deputy posts in their expanding offices, a report revealed.

MPs found that the commissioners, who are paid up to Â£100,000 a year to supervise local police forces, were hiring dozens of officials to work with them, on salaries of up to Â£70,000. 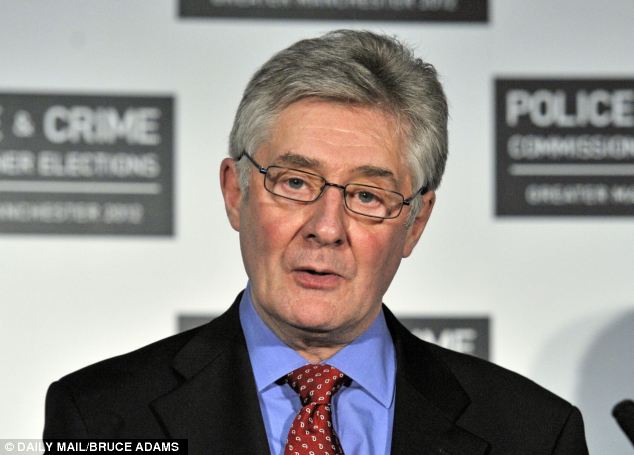 Former MP Tony Lloyd, who heads the Greater Manchester force, has appointed 45 members of staff, including two communications officers and a head of ‘scrutiny and engagement’

Once the cost of their offices are totalled up, 14 PCCs â€“ or one in three of the total â€“ are already costing more than the Police Authorities they replaced, the Commons home affairs committee said.

One Police and Crime Commissioner, former MP Tony Lloyd who heads the Greater Manchester force, has appointed 45 members of staff, including two communications officers and a head of â€˜scrutiny and engagementâ€™.

Matthew Sinclair, chief executive of TaxPayersâ€™ Alliance, said: â€˜Police and Crime Commissioners were elected to keep a watchful eye on police spending, not to build their own cosy little empires.

â€˜Taxpayers elected their PCCs â€“ and not all of their political friends â€“ precisely because they wanted to see someone crack down on wasteful spending and unnecessary bureaucracy in the police.â€™

PCCs are barred from appointing party political office holders and â€˜active party membersâ€™ to their staff, with the exception of the position of deputy PCC.

All other roles should be â€˜appointed on meritâ€™, the rules say.

However, the report notes that â€˜the position of deputy is not a politically restricted post. Some PCCs have consequently recruited political or personal contactsâ€™.

They include Northamptonshire PCC Adam Simmonds, who appointed three interim assistant commissioners on Â£65,000, including two from his campaign team.

A separate BBC survey revealed PCCs had created nearly 450 posts in their offices since the November elections. Behind Manchester, the West Yorkshire PCC has hired 27 staff, Merseyside 26 and West Midlands 23. The committee called for a national register of PCCsâ€™ interests and for â€˜stronger scrutinyâ€™ of the commissioners to prevent â€˜maverick decision makingâ€™.

They found that only one in four has published their full spending information online â€“ such as expenses and contacts â€“ despite the law requiring them to do so. 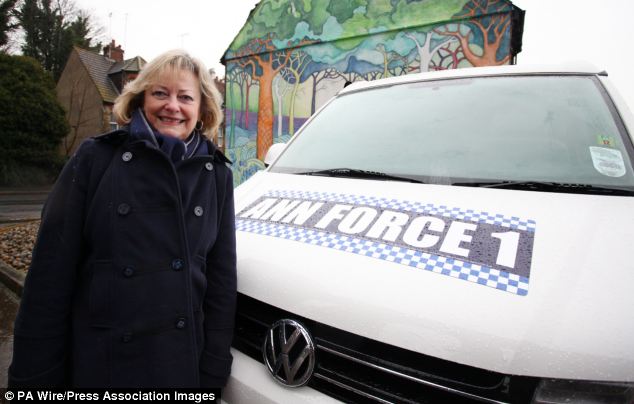 A PCC whose staff were arrested after he reported them for allegedly exposing his expenses claim for a chauffeur-driven Mercedes has been criticised by MPs.

Cumbria Police and Crime Commissioner Richard Rhodes reported the whistleblowers for telling a local newspaper that he had charged the taxpayer Â£700 for two chauffeur-driven trips.

He later apologised but said he had no regrets about calling the police.

Three people have been arrested and could face jail if convicted over the leaks.
MPs on the committee said: â€˜Where PCCs are considered to have exceeded their powers or otherwise behaved inappropriately, it is unacceptable that those who expose the matter should be at risk of losing their jobs, or face other reprisals.â€™

Crime commissioners are packing their office with taxpayer-funded cronies on pay of up to Â£70,000

The Commons home affairs select committee says six months after their election, 17 out of the 41 PCCs have set budgets higher than the police authorities they replaced. The largest increase so far is a rise of 133% in Hampshire where the police authority budget of Â£1.5m last year has risen to Â£3.5m this year.

“A system of local scrutiny makes sense for PCCs, but the public cannot possibly judge whether their PCC is upholding the standards of the office and giving them a good deal unless they make a comparison with other PCCs. Some commissioners have already failed to meet the deadline for publishing information online, but there is no one in government keeping track,” said Vaz.

The committee found only 10 out of the 41 PCCs had met their statutory obligation in full to publish the financial data required of them, including expenses and contracts tendered.