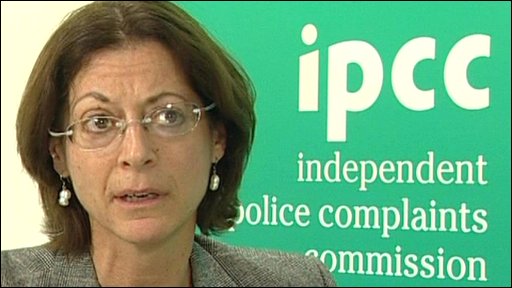 The police watchdog has identified a further 55 police statements that it believes were amended in the aftermath of the Hillsborough disaster, it has emerged.

The Independent Police Complaints Commission (IPCC) said the statements were being analysed. Investigators from the IPCC will later this month begin interviewing 164 officers who have already been identified for having changed their statements. These officers were identified in the Hillsborough independent panel report, but during its inquiries the IPCC has found 55 more statements it believes have also been altered.

Deborah Glass, (pictured), the deputy chair of the IPCC, also revealed on Friday that her investigators had found previously undisclosed documents belonging to West Midlands police, which was involved in the Hillsborough investigation along with South Yorkshire police. The two sets of documents were located on the forceâ€™s premises in the last few months, she said.

The West Midlands force had previously said all its documents relating to Hillsborough resided in the South Yorkshire police archive and had therefore been given to the independent panel, which published its damning report last September.

â€œAs a result of this discovery, the IPCC, which is investigating West Midlands policeâ€™s role in the initial investigation into the disaster, has asked for confirmation that there are no further documents in existence,â€ said the IPCC.

â€œWest Midlands will now conduct a thorough search to determine whether there is any addition documentation â€¦ and if found, this will be handed to the IPCC.â€

The IPCC independent inquiry â€“ which covers the aftermath of the Hillsborough disaster and the allegations that the police doctored statements in order to put officers and the South Yorkshire force in a better light â€“ is the biggest in the police watchdogâ€™s history.

Up to 100 investigators are to work on the inquiry. It is running alongside a fresh investigation into the deaths of 96 Liverpool fans at the 1989 FA Cup semi-final, led by the former chief constable of Durham police, Jon Stoddart.

The IPCC said the interviews of 164 officers identified as having amended their statements would begin at the end of July.

â€œIn conjunction with the investigation team â€¦ we have developed an interview plan with advice from the Crown Prosecution Service for all these officers,â€ the police watchdog said.

â€œThese [interviews] will be joint interviews conducted by the two investigation teams.â€

Further analysis of the 55 new statements is being carried out before the officers face interview.