One in five motorists â€˜have driven while on drugsâ€™ 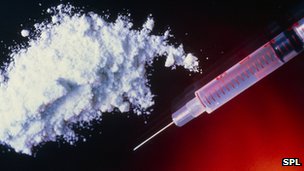 Nearly one in five motorists has driven under the influence of illegal or prescription drugs, a survey suggests.

The study for comparison website Confused.com also indicated that the number of people convicted of drug-driving went down last year.

Seven per cent of the 2,000 motorists asked said they had driven under the influence of illegal drugs such as cannabis, cocaine or ecstasy.

Ministers are planning new laws next year to crack down on drug-drivers.

Twelve per cent of those surveyed said they had driven under the influence of drugs prescribed by their doctor.

These could include some painkillers or hay fever remedies that can make people drowsy.

More than half of those asked admitted that they did not always read the leaflet that comes with the medicine, which often gives advice on whether people should drive.

BBC transport correspondent Richard Westcott said the survey was one of several over recent years that suggest drug-driving is a problem.

The government said it was getting tough on drug driving, promising that legislation planned for next year would save hundreds of lives and could land thousands of drivers caught under the influence of drugs with a large fine or even a prison sentence.

The plans to make it easier to prosecute people who drive under the influence of drugs in England and Wales were unveiled by the government last month.

The proposals would introduce a new offence of driving with a drug in the body, above a certain limit.

Ministers said the legislation would remove the difficulty of proving a driver was impaired by drugs, which is the case at the moment.

And it is proposing higher limits for eight other controlled drugs that have medical uses.

Police would be able to carry out up to three preliminary saliva tests and, if positive, require a blood sample to be taken.

The government is consulting on which drugs should be included and what the limits for each should be.

One in five motorists â€˜have driven while on drugsâ€™