Journalists can break the law â€“ if itâ€™s in the public interest, rules Director of Public Prosecutions

Britainâ€™s top prosecutor has strongly defended journalists who break the law while they are pursuing a story with a genuine public interest. 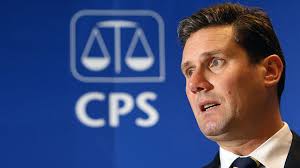 Keir Starmer QC, the Director of Public Prosecutions, said it â€˜would be very unhealthy if you had a situation where a journalist felt that they needed to go to their lawyer before they pursued any lead or asked any questionâ€™.

The DPP said new legal guidelines about cases involving the media, which he sent to prosecutors last year, were drafted to help the Press.

Mr Starmer, who steps down as DPP at the end of the month, acknowledged that there were â€˜potentially many offences that journalists could commit in the course of their businessâ€™, but said the guidelines were there to offer them legal protection.

He said: â€˜There are lots of examples of journalists who, on the face of it, may have broken the criminal law but obviously pursued a greater good in doing so.â€™

He explained the guidelines, saying: â€˜Our approach is very clear: First we look to see if an offence has been committed. If not, thatâ€™s obviously the end of it.

â€˜If an offence has been committed, we then say: Did the public interest in what the journalist was trying to achieve outweigh the overall criminality?

â€˜We did go through a consultation exercise on that and I think weâ€™ve got it about right.â€™

The guidelines govern situations where prosecutors are trying to decide whether to charge a journalist with an offence linked to uncovering an important story.

Journalists can break the law â€“ if itâ€™s in the public interest, rules Director of Public Prosecutions