Prosecutor told jurors they were being told because relationship meant they trusted each other quite a lot. 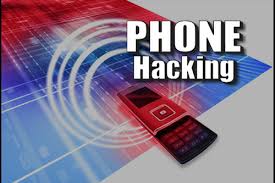 Former News of The World editor Rebekah Brooks and her successor Andy Coulson had an affair for at least six years, a jury at the Old Bailey was told today.

The prosecutor Andrew Edis QC said he was disclosing the relationship because it showed they shared at least one secret, adding: â€œWhat Mr Coulson knew, Mrs Brooks knew tooâ€.

Jurors heard that the relationship began around 1998 and was discovered through a letter saved on a computer belonging to Mrs Brooks.

Earlier the jury heard that Brooks claimed she had â€œnever heardâ€ of a private investigator who was earning Â£92,000 a year from the News of the World while she was editor, â€œuntil he was arrestedâ€ for phone hacking.

The trial was told that the newspaper under Brooksâ€™s editorship operated under strict budgetary constraints and it was inconceivable that the senior management was unaware of Glenn Mulcaireâ€™s activities. â€œThey must have known what it was for or they would never have allowed it,â€ Andrew Edis QC, for the prosecution told the court.

The jury was informed of emails from Brooks in which she berated staff for overspending. â€œIn the current economic climate we have to stick to these targets,â€ she said in one email. In another she stated: â€œGoing over budget will not be accepted. Itâ€™s a disciplinary situation. How can I make myself any more clear?â€

Mr Edis told the court that Mulcaire â€“ who he said was an ex-footballer who had the nickname â€œTriggerâ€ â€“ had a â€œspecial arrangementâ€ for payments, which fell outside the paperâ€™s usual strict rules for using freelances.

The chief prosecuting counsel said Stuart Kuttner, the managing editor of the News of the World, had personally signed off 221 separate payments to Mulcaire worth a total of Â£413,527, which he said was 72 per cent of the total money received by the investigator from the newspaper. â€œDo you think he signed off that Â£413,527 because he knew what it was for and he thought it was worth it, which is our case?â€

The jury was also told of an email from Mr Kuttner in which he warned of cutbacks, saying that the â€œbalmy days of indulgence are overâ€. Mr Edis said: â€œThatâ€™s the climate which we say generates the inference that they must have known what they were spending on Mr Mulcaire. The money was going out of the paper. Where was it going, did they care? Yes they did, and these emails show it,â€ he said.

Mr Edis said Ms Brooks had claimed to have never heard of Mr Mulcaire until he was arrested over phone hacking in 2006. This was in spite of a 2002 NotW article under her editorship â€“ shown to the jury â€“ in which Mr Mulcaire was described as being â€œpart of the News of the Worldâ€™s special investigations teamâ€. Mr Edis said: â€œThis paper only comes out once a week, you might expect the editor to read it.â€

The jury was also told how Andy Coulson, who was Brooksâ€™s deputy before succeeding her as editor in 2003, had increased Mulcaireâ€™s payments to Â£2,019 a week (a rise from the Â£1,769.23 a week he was receiving when Brooks was editor). But the court was told that Coulson became unhappy with the newspaperâ€™s output and sent an email to staff warning that they were failing to match the â€œunprecedented successâ€ the paper enjoyed in 2004.

â€œThe truth is weâ€™ve not fulfilled our brief this year,â€ he told senior staff in one email. â€œIâ€™m not for a moment doubting your efforts but we need a hit. Badly.â€

Mr Edis said: â€œYou are going to have to form a view about how much pressure there was on the journalists at the News of the World.â€ He said that former England manager Sven Goran Eriksson and former Home Secretary David Blunkett, the subjects of two notable stories cited by Coulson in the email, had both been victims of phone-hacking.

Earlier, the jury was played a tape recording of Mulcaire calling a phone company for information which prosecutors alleged he used for unlawfully accessing voicemails. The court heard Mulcaire, who was said to be part of the â€œinvestigations unitâ€ at the News of the World, calling a woman at O2 in order to obtain pin codes of people he was intending to target.

â€œHe knows the right things to say, heâ€™s chatty, engaging and she she doesnâ€™t seem troubled,â€ Mr Edis told the jury. â€œThe fact of the matter is that in those days it was perfectly possible it seems for someone like Mr Mulcaire to get the information that he needed in order to hack phones.â€

The prosecutionâ€™s case is that Mr Mulcaireâ€™s hacking was part of a conspiracy to intercept communications that involved Brooks, Coulson and Kuttner.

Mulcaire was on a â€œbig contractâ€, Mr Edis told the court. â€œA contract like that, a big contract, involves the senior management â€“ in this case the editor, the deputy editor and the managing editor. The three defendants you have to try for phone hacking.â€

The jury was shown a series of emails between Mr Mulcaire and Ian Edmondson, a former news editor of the News of the World who is also alleged to have been part of the phone hacking conspiracy.

Mr Edis alleged that email correspondence between the two was evidence of the hacking of the phone of the former Government minister Tessa Jowell. One message from Mulcaire to Edmondson said: â€œSubstantial traffic both ways. Also looks like sheâ€™s selling up.â€ The prosecution said that the interest in Ms Jowell coincided with stories linking her partner David Mills to a bribery scandal in Italy. Mr Edis said that although this was a â€œproper news storyâ€, the alleged actions of the News of the World were inexcusable. â€œThis is phone hacking and itâ€™s a crime,â€ he said. â€œThereâ€™s no justification for committing this criminal offence in pursuit of a story.â€

On invoices submitted to the News of the World by Mulcaire, the work was described with the words â€œJowell assistâ€. Mr Edis said: â€œWe know what he did.â€

The court was told that some phone hacking had occurred from the premises of News International, publishers of the News of the World.

The jury was also given details of emails relating to the targeting Joan Hammell, an adviser to Lord Prescott. â€œThereâ€™s 45 messages,â€ Mulcaire told the news editor.

Mr Edis asked the jury: â€œDo you think itâ€™s likely or even possible that Mr Edmondson didnâ€™t know what was being done by Mr Mulcaire?â€

He also alleged that Edmondson had been at the centre of a planned â€œspoilerâ€ exercise against its Sunday rival the Mail on Sunday â€œby hacking other journalistsâ€, named as Dennis Rice and Sebastian Hamilton.

All of the eight defendants in the trial deny the charges against them.