Researchers have revealed how cyber-thieves sliced into cash machines in order to infect them with malware earlier this year. 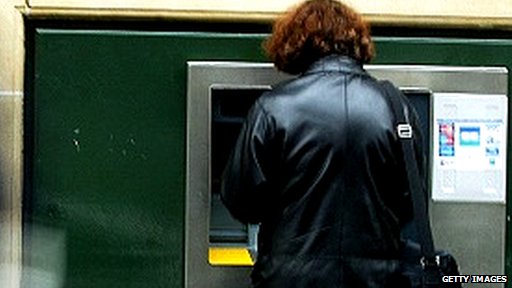 The criminals cut the holes in order to plug in USB drives that installed their code onto the ATMs.

Details of the attacks on an unnamed European bankâ€™s cash dispensers were presented at the hacker-themed Chaos Computing Congress in Hamburg, Germany.

The crimes also appear to indicate the thieves mistrusted each other.

The thefts came to light in July after the lender involved noticed several its ATMs were being emptied despite their use of safes to protect the cash inside. After surveillance was increased, the bank discovered the criminals were vandalising the machines to use the infected USB sticks.

Once the malware had been transferred they patched the holes up. This allowed the same machines to be targeted several times without the hack being discovered. To activate the code at the time of their choosing the thieves typed in a 12-digit code that launched a special interface.

Analysis of software installed onto four of the affected machines demonstrated that it displayed the amount of money available in each denomination of note and presented a series of menu options on the ATMâ€™s screen to release each kind.

The researchers said this allowed the attackers to focus on the highest value banknotes in order to minimise the amount of time they were exposed. But the crimesâ€™ masterminds appeared to be concerned that some of their gang might take the drives and go solo.

To counter this risk the software required the thief to enter a second code in response to numbers shown on the ATMâ€™s screen before they could release the money. The correct response varied each time and the thief could only obtain the right code by phoning another gang member and telling them the numbers displayed. If they did nothing the machine would return to its normal state after three minutes.

The researchers added the organisers displayed â€œprofound knowledge of the target ATMsâ€ and had gone to great lengths to make their malware code hard to analyse. However, they added that the approach did not extend to the softwareâ€™s filenames â€“ the key one was called hack.bat.

That last sentence reveals that this ATM was running Windows! I have never understood why anyone would design and build an ATM running Microsoft Windowsâ€¦ itâ€™s just plain crazy for so many reasons, mostly relating to security and reliability. And, whilst itâ€™s effectively impossible to secure any computer against compromise by anyone who has physical access to it, bear in mind that all the attackers needed to do here was to expose a USB portâ€¦ it defies belief that even a Windows-powered system wasnâ€™t configured such that it would not â€œenumerateâ€ with a USB device just plugged into one of its ports! Unbelievable!