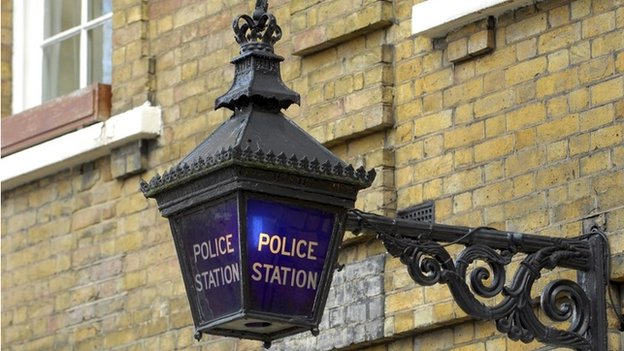 The government should allow magistrates to dispense on-the-spot justice inside police stations at peak times, a report by a right-leaning think tank has said.

The Policy Exchange said magistrates should sit during evenings and weekends, as part of a set of proposals to speed up the judicial system. It also suggested recruiting 10,000 new magistrates while closing more courts. Justice Minister Damian Green said the government was â€œlooking at the role of magistratesâ€.

It comes as Her Majestyâ€™s Court and Tribunals Service faces a requirement to cut its budget by 37.8% between 2012 and 2016.

The report says there are now more magistratesâ€™ courts in England and Wales than accident and emergency departments â€“ 230 and 180 respectively.

However, the paper â€“ titled Future Courts â€“ says there is nevertheless a â€œtwo-month delayâ€ from the time an offender is charged to when they are sentenced by magistrates.

It says the delay â€œweakens the power of punishments and means that the system does little to change the behaviour of offendersâ€. Instead, courts could be closed or merged with magistrates on hand inside police stations and other community buildings to pass sentences â€œon-the-spotâ€.

New â€œjustice hubsâ€, or larger courthouses with up to 50 courtrooms, could be built to serve major population areas, the think tank also suggests. And it recommends measures to encourage younger, professional people to apply to be magistrates.

Max Chambers, author of the report, said: â€œThere is no good reason for our criminal justice system to operate in such a leisurely fashion. Police courts would mean much swifter justice for low-level crime, reflecting the fact that if a punishment is to be meaningful and actually change behaviour, it has to be delivered very quickly.â€

The justice minister said there were a â€œnumber of interesting ideasâ€ in the report.

Mr Green said: â€œMagistrates are the cornerstone of our justice system. Their local knowledge and unique skills make them an extremely valuable part of our judicial process. We are already looking at the role of magistrates and starting to explore ways to maximise their role within the criminal justice system.â€

Richard Monkhouse, chairman of the Magistratesâ€™ Association, said the report mirrored many of the suggestions it had made three years ago.

However, he added: â€œWe firmly believe that the public should be able to see justice in actionâ€¦ it would seem a backward and totally inappropriate step for magistrates to deliver justice in police stations.â€