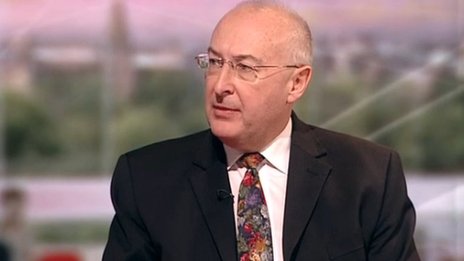 About 500 jobs could go at Surrey Police due to budget cuts, the countyâ€™s Police and Crime Commissioner says.

Kevin Hurley said the force would have to save Â£30m out of its Â£200m budget, with wages forming a large part.

The former chief superintendent said the force had already closed â€œmostâ€ of its police stations to â€œmake the books balanceâ€.

A Home Office spokeswoman said the force would still have the resources it needs.

â€œMost of our money goes on the wage bill, that means over the next four years weâ€™re going to be losing in the order of 500 people.

â€œSurrey people pay three and a half times more to the cost of their policing in their council tax than people who live in the north of England.â€

â€˜Cutting crimeâ€™
A spokeswoman for the Home Office said: â€œLike all parts of the public sector, the police must play their part in helping to tackle the deficit.

â€œBut there is no question they will still have the resources to do their important work.

â€œSurrey has shown an ability to make savings while still cutting crime â€“ recorded crime is down by 21% since June 2010.

I have no time for PCCâ€™s as I believe it was a political (ideological) motivated gross mistake. However, it would be nice if one of them, say in Surrey, stood up and said what a disaster these cutbacks are for policing. Furthermore, how the hell can some two bit civil servant, (spokeswoman for the Home Office â€“ probably an overpaid special advisors often referred to as SPADS), have any idea what the right resources are for any Force are going to be? This disgraceful comment is justified by quoting recorded crime statistics, the reliability of which have been shown to be dubious at best. When then get â€œPolice and crime commissioners and chief constables are best placed to make decisions about the most effective use of resources and to ensure forces are delivering on the issues that matter in their areas.â€ but they are not are they? This is the kind of duplicitous spin that is being used to destroy public services across the UK and it makes me very angry.