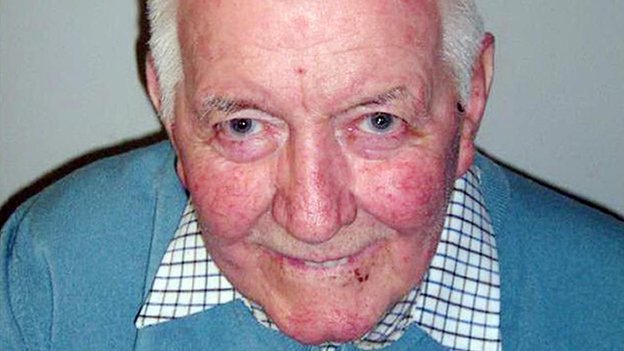 Surrey Police has apologised over its â€œflawedâ€ decision to return guns to an 82-year-old man who went on to murder his partner and her daughter.

Christine Lee, 66, and 40-year-old Lucy Lee were shot by John Lowe at his puppy farm in Farnham in February.

His shotguns and licence had been seized by the police in March 2013 but were returned to him four months later.

After the hearing, Christine Leeâ€™s daughter, Stacy Banner, said Surrey Police had â€œput the gun in his handsâ€.

â€œThe shotgun was one of seven that had been returned to him by the police only months before he used it to kill,â€ she said.

â€œJohn Lowe pulled the trigger but it was the Surrey Police who put the gun in his hands.â€
Assistant Chief Constable Stuart Cundy from Surrey Police, said two reports by other forces had found the decision to return the guns was â€œflawedâ€.

He said: â€œWhilst the full investigation into this matter remains ongoing, in light of these early findings Surrey Police has spoken with members of Christine and Lucy Leeâ€™s family to apologise for this.â€

â€œAs a result of the two independent reports, the IPCC have decided this will now be an independent investigation,â€ he said.
Outside court, Mrs Banner said Lowe â€œbrutally and deliberately murdered my mum and my sister by shooting each of them at close range with a shotgunâ€.

â€œThey did not stand a chance,â€ she said.

Mrs Banner called for the way gun licensing decisions are made to be changed.

â€œLicensing cannot be left entirely up to the police,â€ she said.

â€œThere needs to be thorough and regular multi-agency assessments for would-be gun-holders.

â€œAnd the cost of a shotgun licence needs to be significantly increased.â€

IPCC commissioner Jennifer Izekor said: â€œTwo women have tragically lost their lives, and their family and friends deserve to know the circumstances in which the guns were returned to Mr Lowe.

â€œIt also is in the interests of the wider public that Surrey Policeâ€™s decision-making in these circumstances is independently scrutinised.â€
The jury heard a 999 call by victim Lucy Lee: â€œHeâ€™s just shot my mumâ€
Surrey Police said it had taken steps to ensure its firearms licensing policy and procedures were in line with national best practice.

The force is also reviewing other cases in which firearms have been returned to people.
Kevin Hurley, Surrey Police and Crime Commissioner, insisted it was â€œvery difficultâ€ to get a firearms licence.

When asked for his reaction to the familyâ€™s statement, he told BBC Radio 4â€™s PM programme: â€œI understand that when someone has lost family members they want to apportion blame and they will make statements they think are appropriate.

â€œI have no issue with family members making that kind of statement because they are upset, they are grieving and it is clear that police failed in this case.â€