Police failing to investigate thousands of complaints about their own officers

Police forces are failing to respond to ‘far too many’ complaints about officers, a watchdog said today.

More than 6,000 people were forced to appeal this year after their disputes were ignored by police – and 60 per cent of those appeals were upheld by the Independent Police Complaints Commission.

The watchdog also criticised forces for taking half a year to process the average complaint.

Deborah Glass, of the IPCC said: ‘Iâ€™m disappointed to see a year-on-year increase in the number of people who have contacted us to say that their complaint was rejected by their local police force and itâ€™s completely unacceptable that in six out of 10 cases weâ€™re finding this to be the case.

‘Police forces are still failing to respond to far too many of the publicâ€™s complaints despite improvements made to the complaints system seven years ago in 2004 and additional guidance issued by us to forces back in May last year. 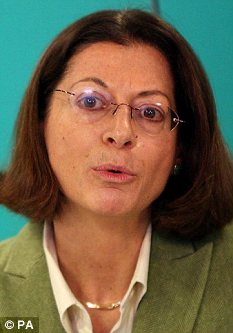 Deborah Glass: The IPCC chief criticised forces for being slow to deal with complaints from the public

‘This is not only of great frustration to the people who should have had their complaint recognised, accepted and dealt with properly at a local level, but itâ€™s a waste of time and resources for everyone involved.’

Greater Manchester and Northumbria forces were among the worst offenders, with the IPCC agreeing with a total of 106 people that they had a case for complaint.

Across England and Wales it takes on average six months to deal with a complaint case.

‘Forces have told us they want to improve the way they handle complaints yet there is little or no improvement shown in these figures. This is simply not good enough. We expect to see genuine endeavours by all forces to make improvements in the public interest.’

Deputy Chief Constable John Feavyour, of the Association of Chief Police Officers, said forces had ‘work to do’ surrounding responses to complaints

Police failing to investigate thousands of complaints about their own officers