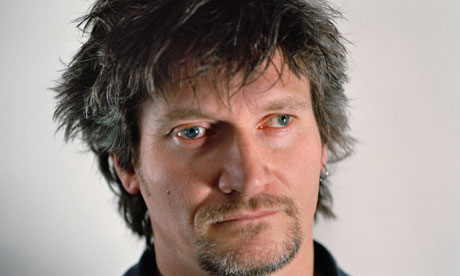 Undercover police officer Mark Kennedy is said in the legal papers to have had relationships with three of the women.

Eight women who say they were duped into forming long-term loving relationships with undercover policemen have started legal action againstÂ policeÂ chiefs, alleging that they have suffered intense emotional trauma and pain.

The women say the men “deliberately and knowingly deceived” them into forming intimate relationships of up to nine years by concealing their real identities.

They say the men, who had been sent to infiltrateÂ protestÂ groups, were using them “physically and emotionally” to obtain intelligence about those campaigns.

In an unprecedented move, they are now threatening to sue police chiefs as they say that the “deeply degrading” deceit caused them psychiatric and psychological injuries including depression, trauma, anxiety, anger and a difficulty to trust people again.

In legal papers sent to police chiefs, the women outline the scale of the alleged deception, saying that the relationships with five named men spanned from 1987 to last year. It is the first time that two of the men have been accused of being police spies.

The allegations contradict claims by police chiefs that their undercover officers are not permitted “under any circumstances” to sleep with people they are spying on.

Police chiefs claim it is “grossly unprofessional” and “never acceptable” for undercover officers to have sex with people they are targeting. The women were involved in the campaigns being infiltrated or loosely connected to them.

Mark Kennedy, the undercover policeman who infiltrated the environment movement for seven years, is said in the legal papers to have had relationships with three of the women.

Kennedy says he only slept with two women during his years pretending to be an environmental activist.

According to the legal papers, many of the women “became deeply emotionally attached, fell in love” with the undercover policemen, believing “they had met a true friend with whom they might share a long-term future”.

“It appears that [the men] used techniques they had been trained in to gain trust and thereby created the illusion that they might be a ‘soulmate’,” to many of the women, they say.

Alleging that they have been assaulted, the women say “there is no doubt that the officers obtained the consent of [these women] to sexual intercourse by deceit”.

The disclosure of the planned legal action heightens the controversy over the police’s undercover operation to spy on political movements over the past four decades.

It caps a year in which the unmasking of Kennedy, by activists, has led to the exposure of five other undercover officers who infiltrated political groups. A sixth had gone public last year.

In the past year, police chiefs have also faced allegations that they corrupted the legal system by authorising undercover officers to give false evidence in court and spy on private meetings between defendants and their lawyers, and failed to disclose vital evidence which wrongly convicted protesters.

Police chiefs have also been criticised for wasting taxpayers’ money on mounting huge operations to monitor campaigners involved in peaceful and legitimate protests.

But many believe the most damaging allegations centre on the long-term, sexual relationships between the undercover policemen and campaigners they were snooping on.

The eight women have come together to take legal action against theMetropolitan police, which ran one of the covert surveillance units and is now responsible for its apparent successor. Their lawyer, Harriet Wistrich ofÂ LondonÂ law firm Birnberg Peirce, has sent legal papers to Scotland Yard as a prelude to a full-scale human rights lawsuit.

In the papers, she outlines their case against police chiefs for assault, deceit, negligence and misfeasance in public office. They want police chiefs to pay compensation and disclose full details of the undercover policemen’s activities, which she says had no lawful justification.

In the papers, she also says that two of the women had relationships with Jim Boyling, who infiltrated environmental and animal rights groups in the 1990s.

The fifth man to have a relationship with one of the eight women is named as Bob Lambert, who infiltrated animal rights and environmental campaigns in the mid-1980s and went on to be key part of the secret operation in the 1990s.

In the legal papers, Wistrich also says that “some of the officers were married and had children under their real identities, a fact completely hidden” from the women.

The women are not named as they intend to ask the court to grant them anonymity to protect their privacy.

The Metropolitan police said it was considering a letter from the women’s lawyers, adding that eputy Assistant Commissioner Mark Simmons was conducting a review of covert deployments between 1968 and 2008.

“This is a complex process due to the elapsed time, the nature and volume of material and the inherent sensitivity of the issues,” it said.