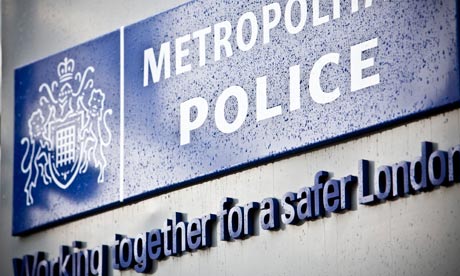 It is not clear why the Met did not carry out the arrest and instead passed the inquiry on to the police watchdog.

A former Scotland Yard officer has been arrested by theÂ Independent Police Complaints CommissionÂ over allegations of unauthorised leaks to a journalist.

The 52-year-old man is being questioned on suspicion of misconduct in a public office after being detained at his Berkshire home on Tuesday morning.

He was arrested after the IPCC was passed information in mid December by detectives working on Operation Elveden, which is investigating alleged payments toÂ policeÂ officers.

It is not clear why the Met did not carry out the arrest and instead passed the inquiry on to the police watchdog. A spokesman for the Met would not comment.

The arrest comes as the Met adopt a new media policy which threatens officers who maintain informal contact with journalists, and pass on information which is not authorised, with arrest and disciplinary action.

The new policy, outlined by Elizabeth Filkin, the former parliamentary commissioner for standards, in her report last week encourages the Met to take a tough stance against officers who leak information to journalists. Filkin said the tougher action against unauthorised leaks was part of a policy of openness and transparency. She also called for whistleblowing to be a rarity so that the Met can protect its image and reputation.

A spokeswoman for the IPCC said today: “A 52-year-old man, a former Met officer, was arrested by the IPCC at his home in Berkshire this morning on suspicion of misconduct in public office and Data Protection Act offences.

“The arrest is the result of information passed to the IPCC by the Met team investigating Operation Elveden and relates to the alleged passing of unauthorised information to a journalist.”

Nine suspects have now been arrested as part of Operation Elveden, which was launched after officers were handed documents suggesting News International journalists had made payments to officers.

Sir Paul Stephenson, the then Met commissioner, said in July evidence from the publisher suggested a small number of officers were involved.

Last month, a 52-year-old woman, understood to be a member of the force’s specialist operations branch, which runs Royal Protection officers, was arrested on suspicion of receiving illegal payments.

The Met believe the final total of people whose phones could have been hacked by the News of the World will be about 800.