Hampshire Constabulary was the top performing police force on the Workplace Equality Index.Â 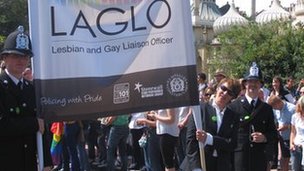 It was listed 14th in the annual Workplace Equality Index Top 100, published by Lesbian, Gay and Bisexual (LGB) charity Stonewall.

Topping the list was law firm Ernst & Young, with the Home Office second and Barclays third.

Evaluation criteria for entrants include the number of senior and visible LGB staff within organisations, the policies for tackling workplace discrimination, and the staff training used to educate staff about LGB issues.