Not so long ago, you were always told that if you wanted to know the time… ask a policeman.

Now the chances are youâ€™ll see him calling the Speaking Clock to find out for himself.

It emerged yesterday that Britainâ€™s biggest police force has spent more than Â£250,000 calling the speaking clock and directory enquiries. 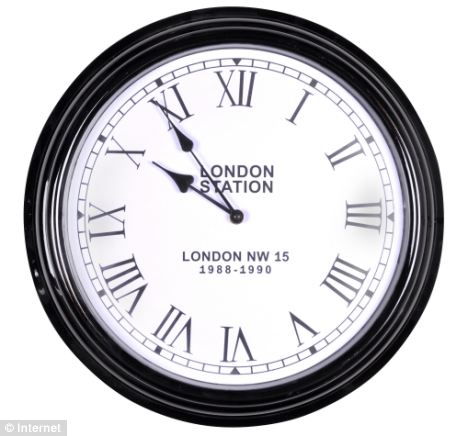 Time is money: Officers and staff at the Met Police used the talking clock 55,000 times in the past year

Scotland Yard officers and officials made more than 100,000 calls to the premium rate numbers in the last two years alone.

Yesterday critics said it was â€˜incredibleâ€™ that the Met had spent Â£35,000 on the speaking clock over the last two years when officers and staff were facing severe budget cuts.

Figures released under the Freedom of Information Act also show that the force lavished more than Â£95,000 on directory enquiries calls last year.

But the Met isnâ€™t only the police force landing taxpayers with a huge phone bill for the premium rate numbers.

Leicestershire Police spent Â£727 on the speaking clock and Â£11,342 on directory enquiries over the past two years.

Matthew Sinclair, director of campaign group the TaxPayersâ€™ Alliance, said: â€˜It is incredible that while there is real pressure on their budgets, and the taxpayers who pick up the bill, London police have spent tens of thousands of pounds on directory enquiries and the talking clock.

‘Operational reasons’: A Scotland Yard spokesman argued that ringing the premium rate lines was essential for officers and staff who were not office-based and did not have direct internet access

â€˜There are plenty of other ways of checking phone numbers or the time, which should mean these services are used only in exceptional circumstances and not costing a fortune every year.

â€˜The Met need to show proper care when spending taxpayersâ€™ money and not waste valuable time dawdling on the phone waiting for the third pip from the talking clock.â€™

Yesterday a Scotland Yard spokesman said officers often needed to know the exact time for their investigations and evidential reasons.

A Met Police spokesman said: â€˜We are committed to reducing such costs wherever possible and all directory enquiries from landline telephones are routed to one service with no option to be put through directly.

â€˜It must be remembered however that a huge number of our officers and staff will not have direct access to the internet as they are not office-based.

â€˜There are clearly evidential and operational reasons for officers and staff requiring the exact time and contact details.

â€˜Whilst officers will usually phone in for assistance, there will be occasions where other means for finding out contact information quickly are used.â€™

The speaking clock was introduced in Britain in 1936. It takes its time from the National Physics Laboratory which broadcasts the atomic clockâ€™s time from Rugby, accurate to one second in one million years.

A spokesman said: â€˜Because these systems are on different servers there is often a discrepancy in the times on them (only a small slippage) and it is important that the force is recording data accurately, but more crucially information is provided for evidential purposes and this needs to be precise.â€™