Another departure of a senior Metropolitan police figure 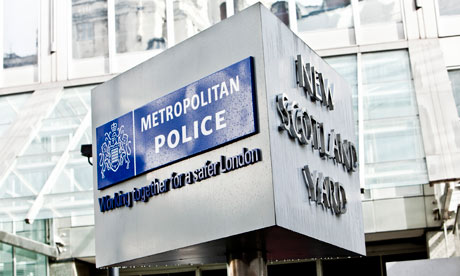 The revolving door at Scotland Yard keeps spinning, as more senior figures depart in what might start looking like an exodus.

Commander David Zinzan, the top cop in south-east London, is understood to be the latest experienced figure to be preparing to quit.

Having served his 30 years, Zinzan is understood to have made the decision not to stay on at the Yard. The hugely popular and committedpoliceÂ officer is renowned for his dedication to his beat; the tough streets of south-east London where serious youth violence, gangland shootings and street gangs are a major issue.

He prepares to leave as the commissioner Bernard Hogan-Howe, with his new top team, begins a shake up of the boroughs, in which all 32 borough commanders face what some have called a “Wire” style grilling over their performance.

His departure comes on the heels of many other senior figures since the arrival of Hogan-Howe – some for promotion, some for the lure of the private sector and some for peace and quiet: assistant commissioner Ian McPherson, deputy commissioner Tim Godwin, Caroline Murdoch, acting head of the directorate of public affairs, Commander Simon Pountain, assistant commissioner Lynne Owens who has taken up the chief constable job at Surrey and Anne McMeel, director of resources.

As they leave, Hogan-Howe is looking outside for replacements – a future recruit could be Pat Gallon, ex of his old beat in Merseyside where she is assistant chief constable.