Paul Cannon to take on Alun Michael for police commissioner 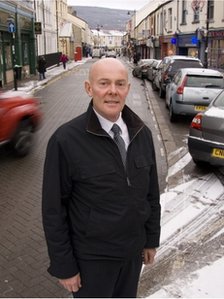 Paul Cannon, a councillor from the Rhondda, said he wanted to restore faith in the police.

He will face former policing minister Alun Michael for the party’s nomination.

Elections for the newly created commissioners will happen in November.

Mr Cannon, a recipient of the Queen’s Police Medal, said: “With a detailed and in-depth knowledge of the police service, I am confident that I can relate to the public and address many of their concerns as regards policing in its widest sense.”

He said the commissioner’s job would be to hold the chief constable to account and to make sure the public were consulted.

Mr Cannon followed his father into the police force when he became a constable in 1973. He retired as a detective inspector with South Wales Police CID in 2003.

The new commissioners will replace the existing police authorities after the elections on 15 November.

Labour, which initially opposed the creation of the posts, will field candidates in all four Welsh force areas.

Launching his bid for the nomination last month, Mr Michael, a former Welsh secretary who became first minister after devolution in 1999, said policing was being hit by cuts that were “too fast and too deep”.

Falklands War veteran Simon Weston will stand as an independent.

Paul Cannon to take on Alun Michael for police commissioner