Emergency workers, who were on duty on the night that Pc David Rathband was shot, carry his coffin

Hundreds of people have gathered to honour the life of blinded Pc David Rathband at a cathedral service.

The officer’s children Mia, 13, and Ashley, 19, were seated at the front of the historic church.

Six pallbearers from the police, fire and ambulance service carried his coffin through the cathedral.

His twin Darren, who organised the service as a celebration of Pc Rathband’s life, wept as he placed a hand on the coffin, which was draped in a union flag, covered with lilies and his police cap.

Pockets of shoppers and well-wishers stood silently and watched outside as the cortege drew up outside the cathedral led by a police car.

Darren Rathband arrived in the hearse and got out and watched as the pall-bearers from each of the three emergency services brought out the coffin and carried it the short distance into the church.

Orange flowers down the side of the vehicle spelt out Pc Rathband’s call sign – Tango 190.

His brother was joined by Pc Rathband’s children in front of the cathedral door.

He gave them words of comfort before they followed the coffin inside. 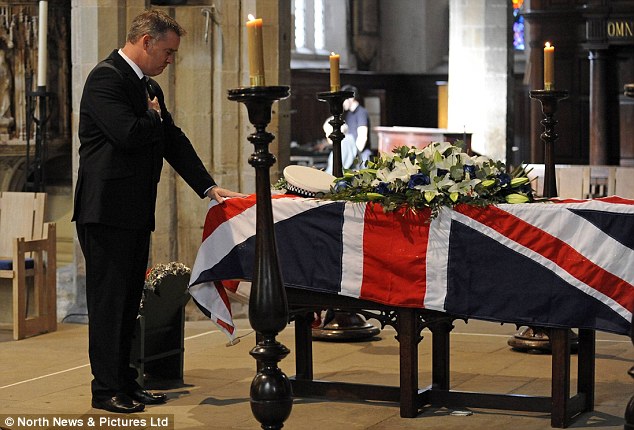