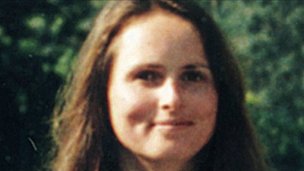 Hundreds of walkers have signed up for a fundraising event to help the children of a Surrey police officer who was found dead in Sussex.

Det Con Heather Cooper, 33, died after receiving a blow to the head and a stab wound to the throat.

Her body was found a few miles from her home in Haslemere, in Blackdown Woods near Lurgashall, last October.

Her Surrey Police colleague, Sgt Ian Davis, is organising the charity walk in the Lake District on 28 April.

Called Light the Lakes, the aim is for teams of walkers to scale every one of the 214 Wainwright Peaks before sunrise, lighting a lamp on each in Ms Cooper’s memory.

“There has been a fantastic response,” said Mr Davis. “We have got more than 500 people already.

“We have all been left devastated by the loss of Heather and are keen to do something positive to remember her as well as help her family.”

Mr Davis has organised fundraising walks for various charities every year since 2006, when a team of police, fire and army personnel scaled Scafell Pike in the Lake District. 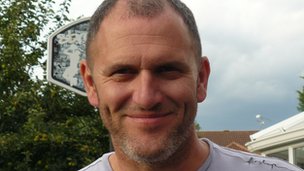 Sgt Ian Davis hopes to raise up to Â£30,000 in memory of Heather Cooper

The first event raised thousands of pounds to buy a new wheelchair for Jo-Anna Luff, who has spina bifida and worked in the Surrey Police control room.

“The response this time is incredible and it is snowballing the closer we get to the date,” said Mr Davis.

“I think I have learnt now how to get people involved – they want to do something exciting.”

Surrey Police Federation has already started a fund for Ms Cooper’s family, which has raised about Â£30,000.

“I am hoping to double it,” said Mr Davis.

Ms Cooper, who was originally from York, was on maternity leave at the time of her death.

Her former partner, Peter Foster, 35, of West Street, Haslemere, has been charged with her murder and is due to face trial at Lewes Crown Court in June.