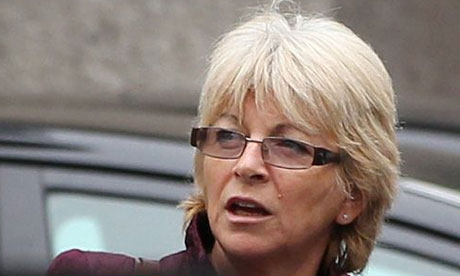 Sue Akers, head of the Met’s inquiries into phone hacking, is to retire after the Olympics

Sue Akers, who has been leading Scotland’s Yard investigation into phone hacking, is to retire after the Olympics, theÂ Metropolitan policeÂ has confirmed.

The Met deputy assistant commissioner has been on the force for 36 years. She is in charge of the three linked inquiries into phone hacking, illicit payments and computer hacking, and has been leading inquiries into the potential involvement of intelligence services in relation to detainees held abroad.

Deputy commissioner Craig Mackey said Akers’s extensive detective experience would be missed but her decision to step down would not be allowed to affect the progress of the investigations.

Akers, who joined the Met in 1976, took control ofÂ Operation WeetingÂ â€“ the force’s second inquiry into the phone-hacking scandal â€“ in January 2011. Operations Elveden, which is focusing on inappropriate payments to police, and Tuleta, which is looking at allegations of computer hacking, run alongside.

The fresh investigation came after detectives were handed a new dossier of evidence hinting that suspicious activities at the News of the World went beyond “rogue reporter” Clive Goodman.

The now-defunct tabloid’s royal editor was jailed along with private investigator Glenn Mulcaire in 2007 after they admitted intercepting messages.

Mackey said: “Considerable resources have been dedicated to investigating phone-hacking and related offences, and the officers on these operations will continue to follow all evidence of suspected criminality.

“The importance of the continuity of leadership will of course be taken into account when the future command structure for Operations Weeting, Elveden and Tuleta is considered.”

Akers told the former Met commissioner Sir Paul Stephenson she had planned to retire after the Olympics even before the new phone-hacking investigation was launched, according to the Independent on Sunday. She is believed to be the longest-serving woman in the Met.

A Scotland Yard spokesman said: “Deputy Assistant Commissioner [DAC] Sue Akers is due to retire later this year after 36 years’ service with the MPS.

“The DAC signalled her intention to retire this autumn when she took charge of investigations into phone-hacking and related corruption and computer crime.”

Akers, the former borough commander of Barnet, was awarded the Queen’s Police Medal in 2007.