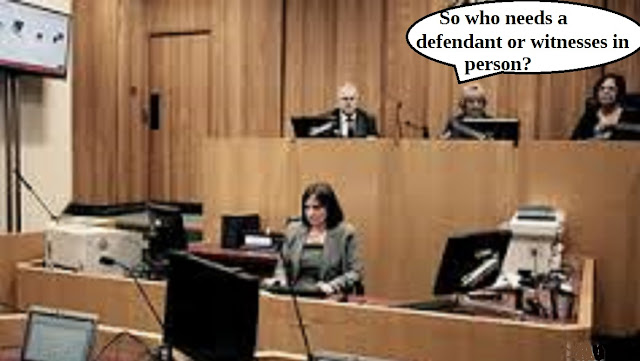 Justice delayed is justice denied.  That legal maxim has been around for a while and truth be told it has merit.  One only has to consider the lengthy and protracted legal proceedings in a place like India to endorse the sentiment.  But.......and there is a big "but" speedy justice can be little or no justice at all.  In China by all accounts a sentence of execution is carried out within hours or even minutes of the judge`s pronouncement. So it was with some interest that I have been reading of the MOJ`s plans to pin its hopes on the concept of the video or virtual court.  Cambridge Magistrates Court has now gone active with this process.  This report in Cambridge News nowhere mentions the word "magistrate" in a substantive context.  It`s all centred on police procedures.  I just wonder how much input local benches had.  And of more than a little interest their conclusions if indeed they were asked to contribute to the original proposals.  The report concentrates on supposed benefits to the operating capacity of the constabularies involved.  It is a moot point whether such benefits are another product of the virtual reality involved.