STATISTICS MISUNDERSTOOD AND THE POLICE 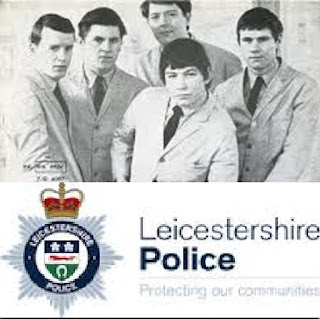 Statistics statistics and ever more statistics are the curate`s egg of modern civilisation; good in parts if we only knew which parts.  Many media today are commenting on an independent analysis of the government`s Troubled Families programme which is excoriating in its analysis of the outcomes in contrast to government claims of 98.9% per cent of families being helped.  The NHS and the police are probably the most high profile quangos which also attempt to bewitch bother and bewilder us with numbers.

Leicester Constabulary is no shirker in this regard.  Leave a window open or be careless in closing your back door securely and you can forget about any investigation if you`re unlucky enough to be burgled. "But" says a Leicester police chief, we didn`t mean that.  As the 60`s Newcastle R&B group put it so memorably for those of a certain vintage, " But I'm just a soul whose intentions are good. Oh Lord, please don't let me be misunderstood."

I say to Leicester cops......it doesn`t wash.  You`ve got history in trying to evade your responsibilities or as you might put it......attempting to manage these responsibilities with ever reducing budgets. Last year if one were a citizen of this ancient city and were unfortunate to live in a street with odd number in the address and  had reason to believe somebody had tried to break in there would have been no member of that force breaking the speed limit in their grossly overdecorated BMW rushing to your aid.  No trainee detective would have been eagerly taking notes and summoning scene of crime officers to search for clues.

Other forces are also misleading us with numbers unrelated to actions. Defiance of rules is almost endemic. The Met is literally a law unto itself. Its actions in relation to misconduct hearings of senior officers is to make them go away. Other forces including North Yorkshire have tried to bar reporters from misconduct hearings.   Of course numbers of officers being investigated owing to complaints from the public are published by the IPCC but so much of the whole procedure is controlled by individual police forces that one must have serious doubts as to the overall process and the accuracy of the findings.  It is therefore hardly surprising that the IPCC will be undergoing major change during this parliament. For public confidence in our police it`s not before time.

When a newspaper reporter attempted to attend the first day of the hearing earlier this week, they were turned away on the grounds that they had not given the required two days notice.

When a newspaper reporter attempted to attend the first day of the hearing earlier this week, they were turned away on the grounds that they had not given the required two days notice.