THE MAGISTRACY; ARE ITS DAYS NUMBERED? 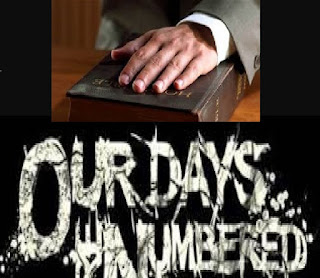 I have seen the future of the magistracy and it is uncertain.  That, in a nutrshell, is what I get from reading the report published yesterday. Some points unsurprisingly seem more significant than others.  There was a conclusion that magistrates indeed suffer from low morale or perhaps the report could have been more honest and should have read that they have had low morale thrust upon them.  There was endorsement of changes to allow J.P.s to sit singly on simple summary non imprisonable cases eg TV licensing but also including driving without insurance; an offence which could involve a driving disqualification.  That seems incongruous cf eg to no TV license. There was also equivocation that a single J.P. sitting in an office dispensing justice on papers submitted would not be presiding over justice being seen to be done in a public forum.  There was general satisfaction that a lay bench could be entrusted to preside when its maximum tariff was doubled to twelve months custody although there was the usual objection from the usual suspects namely The Prison Reform Trust and  the Howard League for Penal Reform.  Proposals for perhaps increased out of court activities were welcomed as were so called  problem solving courts.    That there was support from any quarter including J.P.s for fixed term appointment is astonishing.  For those interested refer to section 3. In what profession is it considered that after ten years training and experience your time is up?  The reasons put forward were spurious to say the least. There was a great deal devoted to training: the action of teaching a person or animal a particular skill or type of behaviour. I sense that much of what was written on that subject would have been more accurately written under a heading of indoctrination: to instruct in a doctrine, principle, ideology, etc., especially to imbue with a specific partisan or biased belief or point of view.  There was a sense throughout that a core system had to be followed beyond IMHO that required by a J.P.`s oath of office.  Unsurprisingly the system or non system of appraisal and CPD were  interrogated.  Having myself undergone appraisal by a member of another LJA I was surprised that according to the report all appraisals are carried out within home court by home court appraisor colleagues.  There certainly is room for improvement but the current fad for CPD seems to be a step too far. It`s a bit like expecting auxilliary firefighters to  call out to an explosion in a tube station; it is beyond their call of duty.  If HMCTS as I believe would prefer only full time professional judiciary  to sit in the lower court it should be open about it.

As it is with the conclusions that the lower court should have a twelve month sentencing power, that problem solving courts should be presided over by J.P.s, that J.P.s should sit as wingers with DJs presiding  and support for other out of court activities my take from the very lengthy document and notes is that all these factors with nefarious reasoning behind them lead to the result that my opinion of some years that the magistracy in 2025 will be demoted to only out of court functions has not been altered.   In its current form its days are numbered.