NEW? GUIDANCE? [AND OBFUSCATION] ON BREACH OF COURT ORDERS 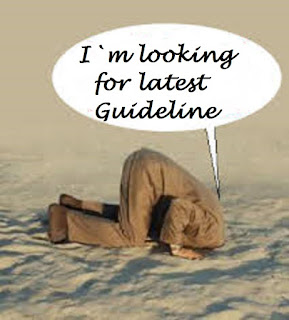 When the concept  which became Sentencing Guidelines was in an embryonic stage great consideration was given to the tick box thinking behind guidelines of the State of Michigan USA.  This approach was rejected at the time [2006]  With the latest consultation likely to be incorporated into the current Guidelines in 2017 it seems that we have travelled from London to Michigan via the North Pole or  its southern counterpoint; take your metaphorical pick. It now appears that public protection is to be a consideration in sentencing for breaches of court orders.  What`s so innovative about this aspect of the job?  I, and many former colleagues, applied such  modus operendi to our sentencing structure years ago even when a legal advisor thought it inappropriate.  In doing so we would make the point clearly in the sentencing pronouncement.  No bench on which I was a participant was ever appealed on that basis nor was any colleague`s as far as I know.  Now it is likely  to be official policy.

Interesting comments in the documents published today concern suspended sentence orders or more simply custody suspended.  As I had to advise various colleagues and also probation officers upon their pre sentence reports recommending SSOs; the custody threshold has to be crossed before consideration can be given to its suspension. It would seem that not all sentencers follow that line of reasoning because amongst other matters in the documents is written, "Since there is no current guidance on all types of breach of court orders and where there is, its scope and format varies, this will replace the existing out of date instructions that have seen some suspended sentences being imposed when a custodial sentence was not the appropriate sentence". [my underline] In another curious observation there is a statement of what is an admittedly lack of information on sanctions for breaches of SSOs; "Very little evidence is available regarding current sentencing practice for breach of suspended sentences. The Council therefore explored this in discussions with sentencers and probation officers and staff. A review of case transcripts was also conducted, to identify factors currently influencing activation of custodial sentences upon breach, and when it may be unjust to activate a suspended sentence in full or in part." I can say with full knowledge that this is wilful head in the sand obfuscation by the MOJ.

A Freedom of Information was made last year on this very subject........ Dear Ministry of Justice,

For the last five years how many suspended sentence orders have
been made by magistrates` courts in actual numbers and as a
percentage of all custodial orders?

The answer was as follows:-

Your request has been handled under the Freedom of Information Act 2000 (FOIA).

I can confirm that the Ministry of Justice holds the information that you have asked for. However, because the cost of complying with your request would exceed the limit set by the Freedom of Information Act, on this occasion I'm afraid I will not be taking your request further. In this letter I explain why that is the case and I also provide you with some advice as to how you could refine your request so that we may be able to answer it.

The law allows us to decline to answer FOI requests when we estimate it would cost us more than Â£600 (equivalent to 3Â½ working daysâ€™ worth of work, calculated at Â£25 per hour) to identify, locate, extract, and then provide the information that has been asked for.

It may help if I explain that the Ministry of Justice Court Proceedings Database holds information on defendants proceeded against, found guilty and sentenced for criminal offences in England and Wales. This database holds information on offences provided by the statutes under which proceedings are brought but not all the specific circumstances of each case. This centrally held information does not allow us to separately identify breaches of suspended sentence orders. This detailed information is not reported to Justice Statistics Analytical Services due to its size and complexity.

In this instance, to provide you with the information, we would be required to contact all Magistratesâ€™ courts in England and Wales and ask them to search individual case files where a suspended sentence order was given to ascertain how many orders were breached.  To collect and collate the information you require on the scale you have requested would exceed the â€˜appropriate limitâ€™ set out in Section 12(1) of the FOIA.

You can find out more about Section 12(1) by reading the extract from the Act and some guidance points we consider when applying this exemption, attached at the end of this letter.

You can also find more information by reading the full text of the Act, available at http://www.legislation.gov.uk/ukpga/2000/36/section/12.

Whilst you could narrow the scope of your request in order to try and bring it within the cost limit, for example by requesting information for a particular court, I would like to take this opportunity to advise you that it is very likely that any information that may be held within scope of your request may be exempt from disclosure under the FOIA under the terms of Section 32 (Court Records). Therefore it is likely that any subsequent narrowed request could be refused under Section 32.

However, outside the scope of the Act and on a discretionary basis  I am pleased to inform you that you can view data on suspended sentences given at Magistrates â€˜ courts via the following link:


To conclude, Martin Graham of the Sentencing Council seems now to accept that public protection is an important factor in the sentencing of those who breach court orders. â€œWhere they breach orders and cause or risk harm or distress to others, they can expect robust penalties to be imposed.â€ [my underline]

With a labyrinthine maze required for the operation of these latest guidelines perhaps a simple tick box a la Michigan would be preferable on our aforesaid journey from London.