A TIT FOR THE TOP AT MANCHESTER POLICE 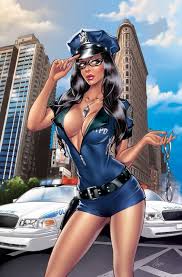 Is there any wonder why police in this country are steadily losing the respect of those whom they purport to serve.  Another senior female officer appears to have had tantrums more befitting a toddler following the example of Maxine de Brunner at the Met. This involved an Assistant Chief Constable allegedly baring her breast to a female Superintendent in a demonstration that breast size is not an important factor in securing promotion. Greater Manchester Police was the constabulary involved. This organisation is quite often in the news for the less than salubrious goings on within its ranks.

When the next scandal at Scotland Yard hits the headlines as it surely will perhaps the Home Secretary will take seriously public lack of confidence in policing.