PROPOSED INCREASE IN SENTENCING FOR DRIVERS

In 2015, 122 people were sentenced for causing death by dangerous driving, with a further 21 convicted of causing death by careless driving while under the influence. Relevant sentences for driving offences  are as below:- 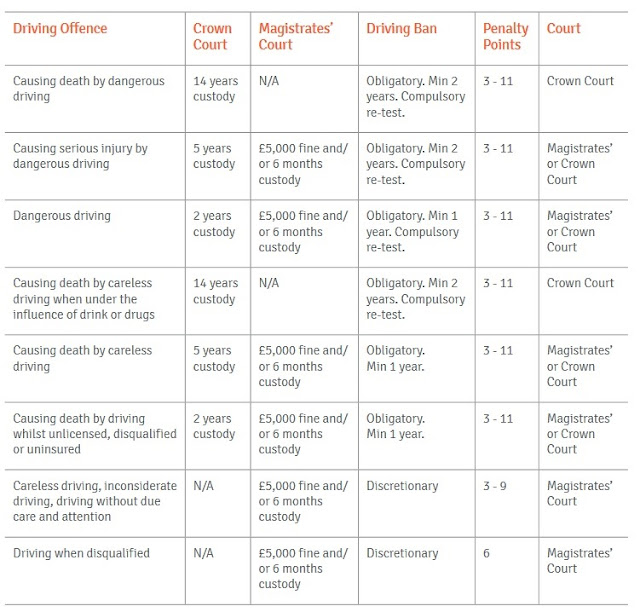 To quote from The Guardian,

"Dangerous drivers who kill are set to face life sentences under plans put forward by ministers. Those causing death by speeding, street racing or while using a mobile phone will face the same sentences as people charged with manslaughter.
Offenders who cause death by careless driving while under the influence of drink or drugs could also be handed life sentences â€“ an increase on the current 14-year upper limit."

I really cannot perceive any basis for this proposed increase in sentencing except to pander to public opinion which IMHO is based upon ignorance and a desire of some newspapers to whip up that opinion.