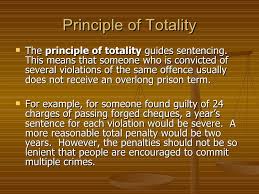 Currently the fixed penalty for using a mobile phone whilst driving is 3 penalty points and a Â£100 fine.  For driving without insurance an offender can be fined up to Â£5000 in court and be subject to 6-8 penalty points or even a driving disqualification of up to 12 months if there are severe aggravating circumstances. Indeed the penalty for mobile phone use will be increased next year to 6 penalty points and a fine of Â£200.  When it comes to sentencing offenders for multiple driving offences in actual practice benches are ordered to use the principle of totality.  In effect the most serious offence is the one on which punishment is based and other offences are treated as "aggravating".  The logic of this approach has always defeated me when one offence does not follow from another; i.e. the offences are quite dissimilar.  Using a mobile phone when driving and having no insurance compounded by not having a suitable driving license or MOT fall into this category.

Today the Scunthorpe Telegraph reported the following case from North Lincolnshire Magistrates` Court:- " SIMONAS MILIAUSKAS , 26, of Frodingham Road, Scunthorpe, pleaded guilty to driving while using a hand-held mobile phone, using a vehicle without insurance and driving otherwise than in accordance with a licence. He was fined a total of Â£400, ordered to pay a victim surcharge of Â£40, costs of Â£85 and his driving record was endorsed with six points."


This is as perfect example of the totality principle as could be imagined. It demonstrates IMHO just why sometimes advice from Justices` Clerks is completely out of touch with reality and why they and their political masters are forever seeking approval from media as I posted yesterday on proposals to increase sentences for the most serious driving offences when they well know that in fact time served by those who will be  caught in this new legal net will be similar to the current situation.

40 year old man charged with 14 driving offences in Belfast Posted on 17th December 2014
The Arthur Daley Principle - The Price Is All According Posted on 11th July 2013
INCREASED PENALTY POINTS NOT INCREASED FINES WOULD DETER BAD DRIVING HABITS Posted on 19th August 2013
Drug Driving: â€˜Law Must Be Simplifiedâ€™ Posted on 21st September 2011
ANOTHER PREMIER LEAGUE FOOTBALLER IN COURT Posted on 02nd September 2015
More than Â£14,000 stripped from criminal under Proceeds of Crime Act Posted on 19th November 2014
Police track down ‘Gumball Rally’ dangerous drivers Posted on 03rd October 2014
Two Surrey Snippits Posted on 02nd July 2013
Woman arrested on suspicion of drink-driving found not guilty by court Posted on 20th November 2014
THIS BENCH SEEMS TO CONSIDER THAT SOME ARE MORE EQUAL THAN OTHERS Posted on 18th April 2016