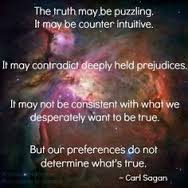 There is much discussion on Twitter and elsewhere on our overcrowded prisons coupled with the sentencing of juveniles.  There is no doubt that reforming of criminal tendencies is best attempted at the earliest stage possible.  Prison exists to deter, punish, protect the public and rehabilitate.  Many are wailing that increases in custodial sentences especially for juveniles are a cause not an effect of overcrowded jails. Perhaps there is another reason which might at first thought be considerd counter intuitive: prison no longer deters because most sentences including those currently criticised for being too long and those proposed eg for manslaughter (in effect) by dangerous driving are imposed at a rate of 50% in jail and 50% on license. Indeed instructions to magistrates are to pronounce such on the 4% of offenders sentenced to immediate custody in their courts. If there were no assumed 50% reduction or a much smaller percentage had to be earned the immediate deterrent effect would be obvious. Thus paradoxically it is not unlikely that a perceived and actual higher period to be served behind bars would lower the prison population by its deterrence value.  Perhaps the nearest analogy is the proven effect that higher tax rates generally reduce the tax take.  I am no economist nor criminologist but in the wake of current opposition party thoughts on tax and judges, whose influence on the Sentencing Council is paramount, imposing ever higher sentences framed by said Council who is to say that they only have all the right answers.