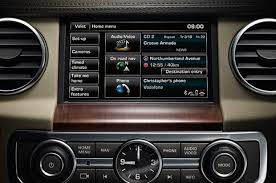 It is not unlikely that with increased connectivity as standard equipment  in cars,  using a mobile phone when driving is an offence that will diminish over the next decade unless legislation changes and  remote use is also banned. My son`s three year old Golf has mobile connectivity built in. I had to have installed a commercially available system on my 20 year old Mercedes. Be that as it may there are still offenders who reject a fixed penalty and appropriate penalty points to try their luck in court.  Figures from 2010-2014 are interesting.

Simple analysis shows that around one fifth of those caught opted for a not guilty plea in court assuming that rarely did somebody go to court to plead guilty. I have no figures for those in that category who might have pleaded special reasons.

Many organisations; motoring and others complain of the inactivity of police for the apparent reduction in FPNs for use of a mobile phone when driving.  Could it not be as per my opening sentence that improved technology is the real reason that drivers appear to be talking and driving?  We have all heard stories in court of police evidence of sudden movement of mobiles from hand to elsewhere in a vehicle............