ROBERT BURNS MADE IT CLEAR 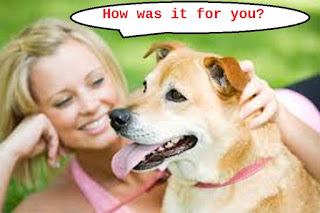 The British or perhaps it`s only the English that have a reputation for loving their animals more than their neighbours. It seems that some apparently misbegotten people have taken that reputation rather more seriously than the rest of us.  In Yorkshire it appears that the French "fille" and its very close English derivative "filly" have become somewhat confused for an alleged  middle aged horse lover who doesn`t seem to have the need to go to the races to indulge his fancy. Tally Ho!

But it`s not just Yorkshire men with their cry of D.H. Lawrence, England and John Thomas who have made it to the courts recently.  They`re at it in Lincolnshire where this time it`s man`s woman`s best friend who has the bit between his teeth.....allegedly.

At this for some, festive period I must thank my reader for using a few of their precious minutes over the past twelve months to peruse my offerings.  I will be spending the holiday period at hameldaeme this year so there might be a post or the odd Twitter contribution (@bloggingJP) before the start of 2017.

As the great poet put it:-