THOUGHTS ON ANOTHER YEAR GONE 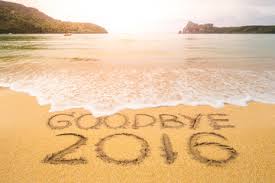 As the tide is going out on this year 2016 it`s a normal human function [failing?] as ever to look back over the previous twelve months and give thanks to whichever god, man made or ethereal, goes with you.  For me as a retired J.P. and I would surmise, many of my colleagues past and present a very very light slap on the back for undertaking a job for no financial reward but which offers the self satisfaction of being able to jack it in if personal principles are facing unacceptable imposed practices.  I retired early not wishing to be a party to having to pronounce the imposition of  the inglorious court charge in 2015.

Since I can remember the MOJ has huffed and puffed like a miserable old dragon on its intention to retrieve outstanding fines.  This year is no exception.  Latest figures indicate that currently the jumbo amount of Â£747 million is outstanding. Indeed it is outstanding that none of the young weasel brains in Petty France has been able to invent  a system of punishment for low level summary [often motoring] offending which has a modicum of a chance of being successful; success being defined as achieving its aim.  In a month when 34 people were jailed for not paying Council Tax in Bradford there must be some other form of chastisement available which doesn`t cost over Â£18,000 annually as it does  per prisoner for an open prison; the cheapest in the prison estate.

Recent proposals to streamline summary justice have indicated that a single J.P. could dispense very low level simple summary matters eg TV Licenses from suitable office premises with the assistance of a legal advisor. Proposed  changes to the Prisons and Court Reform Bill could herald the establishment of virtually secret on line courts where innocence or guilt would be established by e mail and those pleading guilty would not as at present have their guilt open to public reporting. There are some who argue that such decisions should be available on line; an argument unlikely to succeed.  But it is the principle that matters currently seen and heard by anybody choosing to sit in the public gallery of any British court might no longer be held sacrosanct  which is a great cause for concern for those who note the continuing reduction in the civil liberties of a citizen in what was once an open society.

Governments seek to persuade us that they are achieving the maximum result for the minimum cost  whatever the subject of spending.  It is beyond reasonable doubt that they fail more often than not. Such failures are covered up until a media organisation or individual ferrets out the truth.  That the MOJ under Chris Grayling was able to waste so much tax payers` money on matters motivated by politics rather than good old fashioned common sense eg Transforming Probation, is a disgrace to us all especially the system which allows him to continue in office as Transport overlord.  The NHS has also suffered from political upheaval since 2010 which has resulted in the instigator of such "reforms", now discredited,  being found a seat in that sinecure called the House of Lords.

Is it surprising that the great British public is losing faith in the established order?  It is by such incremental deficiencies in the actions of those voted into office that losing faith transforms into something more sinister.  Perhaps there is still time for those with the foresight to alter the general direction of political drift.  Brexit is just a single indicator of changes in the national psyche.  Momentum is another. What comes later could be disturbing to the extreme.