A DISMAL DUTY OF J.P.s AND AN EVASION OF DUTY BY HIS HONOUR 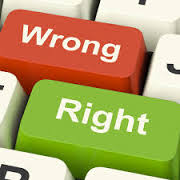 There are occasional matters before magistrates` courts when one wonders just how incoherent families can be.  When that matter involves a child`s non attendance at school the instinct is to put the interests of the child as a priority.  Whether or not that direction is followed sometimes decisions have to be made that irrespective of the parent`s or guardian`s efforts the child in question is so mentally or emotionally damaged that no amount of effort would have enabled them to escape being found guilty.  At the very least they would appear in court to plead their case or at least to personally explain their mitigation to the bench.

Basildon Magistrates recently had what I would describe as the dismal duty to fine parents of non attending children who themselves failed to turn up in court. One can only wonder in dismay at the internal dynamics of such families.

There can be few Justices of the Peace who have had the privilege of chairing a court who have not had to speak directly to witnesses or attenders who have shown their contempt for the proceedings by behaving in a manner incompatible with the solemnity of those proceedings  and which  must not be tolerated.  To farm that job out to a court usher outside the court is an evasion of responsibility but that is exactly what happened at Gloucester Crown Court when HH Jamie Tabor was presiding.  Shame on him for putting such pressure on an overworked and vastly underpaid member of staff when he himself should have chastised such people within the confines of the courtroom.