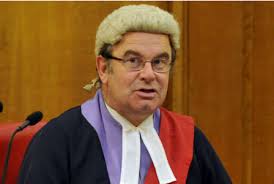 An essential part of making a success as a bench chairman is one`s  colleagues having confidence in one`s  being able to control the court. Of course that is taking as a given having the required knowledge both in theory and practice. There are some  making clear their opinion especially on Twitter who consider that Justices of the Peace are under trained and who would prefer to see only professional single judges presiding over the lower court.   I have long held the opinion that just as one cannot consider every M.P. prime ministerial material or even worthy of cabinet membership or every colonel worthy of ascendancy to four star general however proficient his training one cannot train a bench chairman who hasn`t got within him/her the basic round personality to fit the round hole required. Judges by their very position do not require the confidence of their colleagues whilst actually in court. They sit alone and omnipotent unless their failings stimulate higher powers to take more than a passing interest. There are habits in all of us which in themselves might be minor but to those with whom we have regular contact  can be irritating or worse.

On Tuesday I posted on the failure in my opinion of a crown court judge to assume the position of the keeper of order and decorum in his own court. It is therefore somewhat surprising to read that the self same judge in the self same court  is reported yesterday as having tolerated behaviour by a defendant which was arguably at the very least worthy of a short time in the cells to cool his demeanour instead of merely a warning.   That action of course would have delayed the proceedings and those following. Perhaps HH was conscious of his duty to HMCTS to avoid such delays. Did any person in the public gallery have an increased or reduced respect for the law and our judicial system by his forbearance? Judge Tabor is by all accounts an honoured and respected judge. He was appointed Honorary Recorder for Gloucester earlier this year.  I wonder if sitting as first amongst equals with a J.P. on either side  during a crown court appeal in similar circumstances  they would have felt his tolerance went too far.