TREATMENT OR JAIL FOR ADDICTED OFFENDERS? 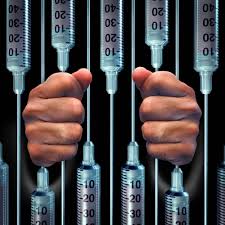 From my earliest experiences on the bench I have been convinced that not only those whose criminal actions have been based upon addiction to alcohol or drugs would be better off in a compulsorily ordered medical environment but society in general and the public purse in particular would also benefit. The oft quoted comparisons that a prisoner in jail costs more per week than a schoolboy at Eton whilst not strictly accurate  serve to put the case in an easily understood context.  But it is not just the balance sheet presented to the tax payer and the Chancellor of the Exchequrer which ought to provide the momentum to effect change;  it is the outcome for society.  Addicted recidivists not only suffer themselves; their families are contaminated by the knock on effect of their addiction.  Partners are subjected to violence, children are scarred for life mentally if not physically and countless thousands of innocent law abiding people suffer actual or tangential effects for being in the wrong places at the wrong times. Not surprisingly I am also convinced that there must be de-criminalisation of drugs use despite the fears of well meaning experts about the long term possible damage from cannabis use. It is IMHO unlikely to be a subject for serious parliamentary debate until a party is elected with a manifesto commitment and such a clear majority that the passage of a bill to that effect would seem assured. But avoidance of the court process for addicts is a different matter and one more likely to command widespread support. Since the closure of what were known as lunatic asylums.....lunatic:original meaning as someone who went crazy with every phase of the moon: asylum: a health care facility providing inpatient and outpatient therapeutic services to clients with behavioural or emotional illnesses.....and referral to care in the community  the treatment and care of those with mental health problems has become a national disgrace. Indeed the rising numbers of deaths in custody are just the visible tip of this horrific iceberg. Whilst suicide rates in Great Britain are not of the levels* in Eastern Europe for each family involved it is a tragedy. However self inflicted deaths in custody including prison are at record levels.  It is unknown how many are drug related but only an ostrich would refuse to acknowledge that substance addiction is unrelated to such happenings.

Last week as every week in most English Magistrates` Courts  an offender pleaded to be given a custodial sentence to enable him to overcome his drug habit.  The short sentence in prison resulting from his breach of a civil order will not cure him of his addiction. The medical and probation sevices are unable to cope.  The NHS is in crisis. Prisons are overcrowded to the point of chaos. Drugs and alcohol are as easily available as ever inside prison and out. Lobbyists are pressing for the abolition of short custodial sentences. MOJ budgets are not cut to the bone; they are cutting through the bone. The current methods and theories of  rehabilitation are failing the poorest.   As mentioned once previously here in a different context and attributed to Einstein but not verifiable, "insanity can be defined as doing the same thing over and over again and expecting different results".  By this definition our rulers are in need of treatment as much as if not more than any of us. 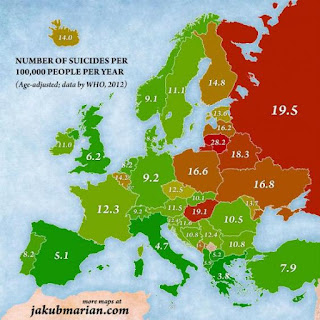